AMD released their new HEDT platform, Ryzen Threadripper, with quite the bang overnight - and their main GPU competitor has even praised the release.

The official Twitter account of NVIDIA GeForce tweeted AMD, saying "Welcome back, @AMD. Threadripper and a GeForce GTX 1080 Ti make a compelling pair". It's actually a one-two punch. NVIDIA is genuinely excited about Threadripper, probably for the same reason as me: 64 PCIe 3.0 lanes... perfect for GTX 1080 Ti and TITAN X SLI systems.

Secondly, NVIDIA said this and pushed the "AMD CPU + NVIDIA GPU" side of things - and not AMD's upcoming Radeon RX Vega graphics cards. The "compelling pair" is AMD's product, with their competitor's product - something that NVIDIA can't do, as they only make consumer graphics cards and not CPUs/motherboard chipsets.

AMD's reply was perfect, with a GIF of a high five. It's great to see AMD taking it in their stride, and their CPU division really deserves it. Ryzen Threadripper is a massive achievement, but the bigger thing is that I'd love to be a fly on the wall of Intel right now... 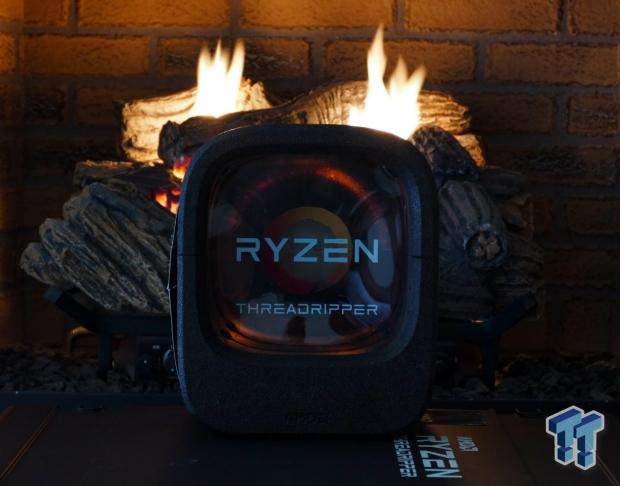