We are just two weeks away from the official Note8 launch, and we already have a pretty good image of the highly-anticipated phone. 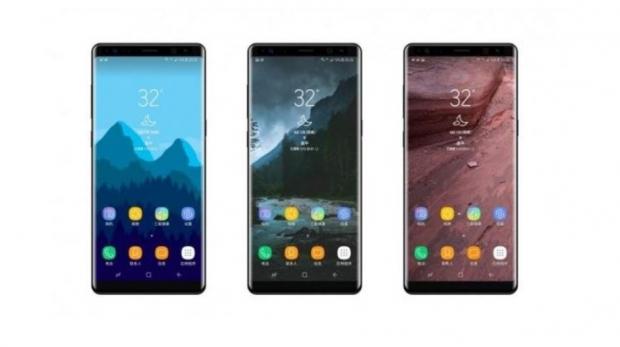 A new leak has appeared now showing the alleged Galaxy Note8 color options, and it appears that Samsung is ready to introduce some new color choices. According to the leak, accompanied by a photo, the Note8 will be available in Midnight Black, Arctic Silver, Orchid Gray/Violet, Coral Blue, Dark Blue, Deep Sea Blue, Pink, and Gold.

The S Pen should come in a matching color. 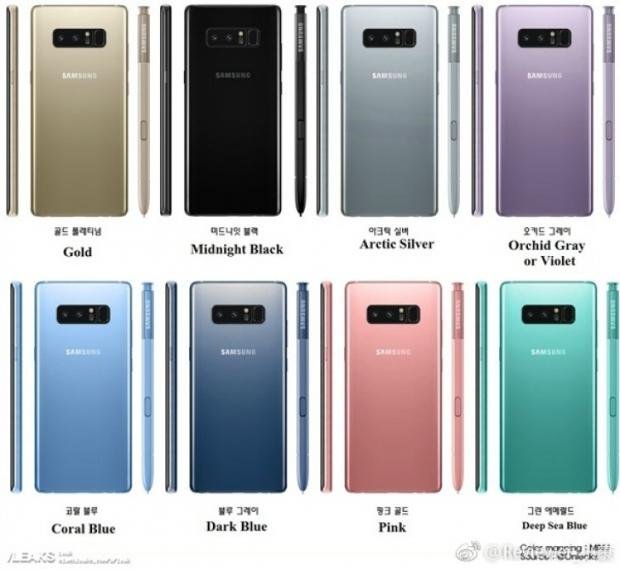 The leak also confirms what we know for some time now, which is that the Note8 will come with a dual camera setup. As the recent leaks, this one also indicates that Samsung still didn't manage to implement the fingerprint sensor under the display and that it will remain awkwardly positioned next to the camera on the back of the device.

Samsung will reveal the Galaxy Note8 on August 23rd. There should also be an Emperor Edition of the device which should come with 8GB of RAM and 256GB of internal storage, expandable up to 512GB with a microSD card.