Xiaomi is getting ready to announce the successor to last year's Redmi 4. The Redmi 5 specs and photos along with the price have leaked revealing all the details about the upcoming phone. 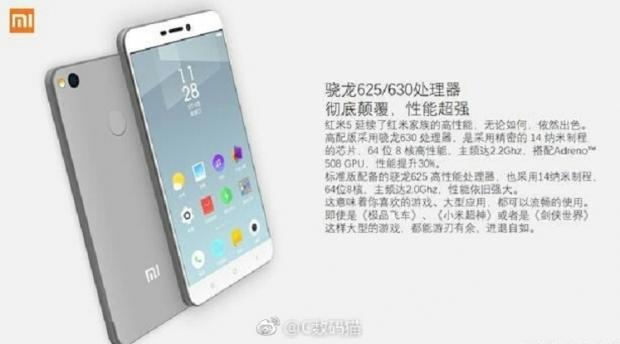 The device should come in two different versions, powered by Qualcomm's Snapdragon 625 or 630 processor, and come in a number of memory configurations.

The Redmi 5 will feature a 5-inch Full HD curved glass display and will run MIUI 9 based on Android 7.1.1 Nougat. It is expected to have a 16MP rear camera and a 5MP front shooter. 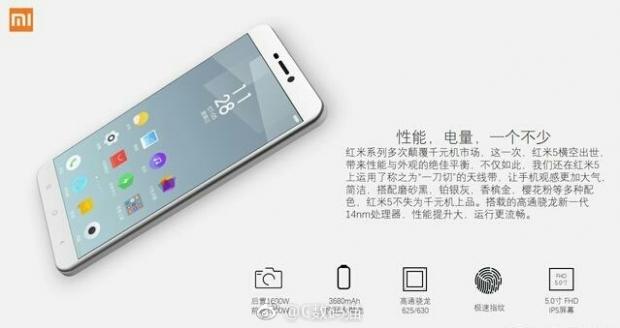 Other features include a 3,680 mAh battery, fingerprint sensor, and a microSD card slot.

These are the suspected prices and memory configurations: 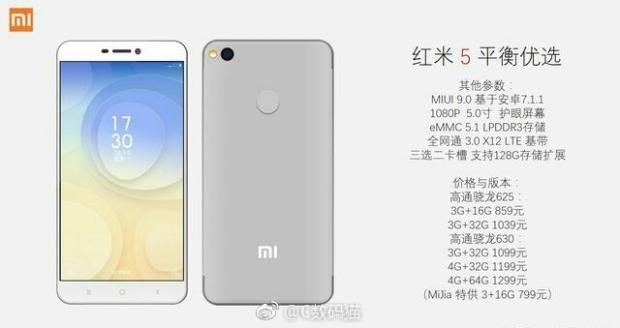