There are many second and third-tier smartphone manufacturers, some of them pride themselves in manufacturing knock-offs while others find other things that set them apart. Ulefone have found another niche, with the Ulefone F2, they've successfully combined the look of a Samsung infinity edge display with the 8GB of RAM of the OnePlus 5 and put them into one phone. 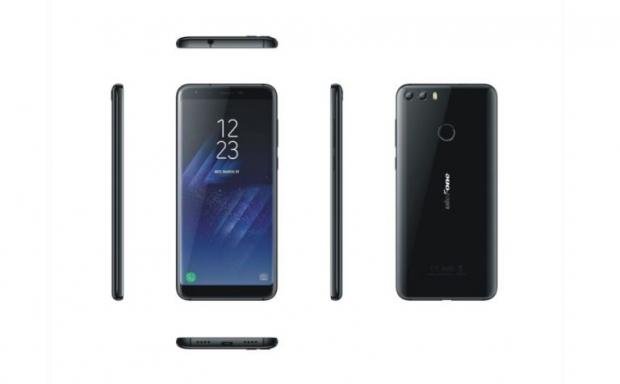 Their claim is that the Ulefone F2 is the first phone in the world with 8GB and an Infinity Edge Display. While this claim is oddly specific, it's really hard to ignore the fact that the Ulefone 2 looks like a complete ripoff of the Galaxy S8+ or Note7.

The Ulefone F2 also features a rear dual camera setup that looks a lot like the Xiaomi Mi 6, once again adding a popular feature to their phone that might set them apart. After all, there really isn't a phone with an Infinity Edge Display, 8GB of RAM and a dual camera, at least not yet, unless the Samsung Galaxy Note8 manages to pull that off.

One could also suggest that the Ulefone F2 is actually a more refined and perfected model of all the other phones that came out this year with all of the features people want. We don't know the specs of the phone itself outside of the display and RAM, but it's likely that it will have a Snapdragon 835 inside and probably a QHD display with a similar aspect ratio to the S8 and S8+.

Availability is also still unknown, but now that we know about its existence, it shouldn't be far off. There's still a lot to know about this phone, including price, so we'll reserve judgment for the device until we've got more details.