This notebook is a 2-in-1 convertible that has a 360-degree hinge that allows for it to close completely and to open all the way into a tablet. It also comes with a Samsung S Pen built-in, which is great for using while the laptop is in tablet mode. 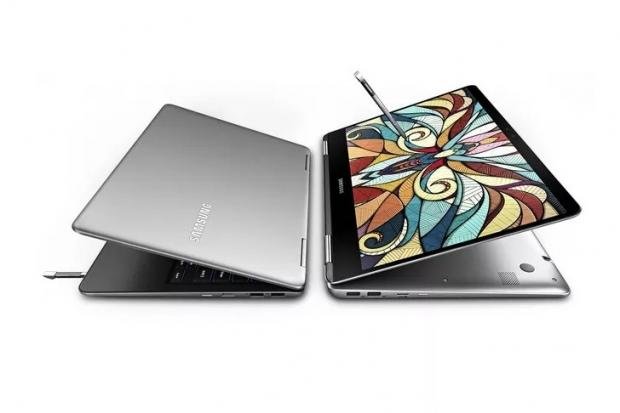 Samsung will make the Notebook 9 Pro available in two sizes, 13.3" and 15" with both coming equipped with an Intel Core i7 CPU.

The smaller of the two will feature 8GB of RAM while the larger will ship with 16GB of RAM and an AMD Radeon 450 dedicated graphics chip. All versions will come standard with a 256GB SSD, USB Type-C port, two regular USB ports, HDMI, and microSD.

The keyboard on all versions of the Samsung Notebook 9 Pro will be backlit as well.

There is still no availability or pricing for either version of the Notebook 9 Pro yet.