Bandai Namco's new secret Prepare To Dine project has been leaked ahead of schedule: the game is called "Code Vein," and features a new kind of dungeon crawling with action RPG elements and a creepy, hallowed storyline with revenants and vampires. 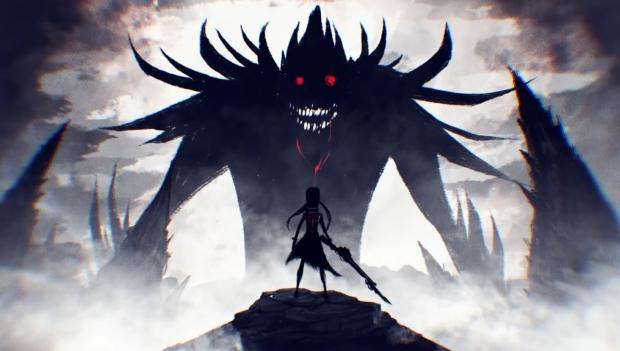 According to Japanese blog Esuteru, Bandai Namco revealed Code Vein in a recent issue of Famitsu. The action RPG is being developed by God Eater's team, with devs like Keita Iizuka and Yusuke Tomizawa working on the project, and is built on Unreal Engine 4.

Code Vein is described as a "dramatic dungeon-exploring action RPG." and takes place in a post-apocalyptic world. Players take on the role of revenants--traditional vampires--with supernatural abilities involving blood magic and attacks. When players run out of blood, they transform into devil-like creatures called Lost--the monsters we see in the teaser. Code Vein has a unique co-op mechanic that allows players to take a "buddy" with them when exploring dungeons. Buddies are AI, but players will have to work together to survive the "tense and dangerous" dungeons.

Code Vein will be released in 2018, and development is currently at 35% completion. Bandai Namco will reveal the game in full on April 20, along with a new trailer for the game.

Check below for more info gleaned from the Famitsu interview: