Bandai Namco today teased a brand new project, showing a cryptic animated teaser clip and an altered version of a slogan we all know and love.

The clip itself is an "original animation inspired by a new title in development at Bandai Namco Entertainment," and isn't an actual cinematic sequence from the game itself. Based on the slogan "Prepare to Dine," it's possible that From Software has something to do with the game. Perhaps this is an early teaser for the hugely anticipated Bloodborne 2? The game has a very interesting post-apocalyptic modern setting, so if it is a From Software game, it'll be interesting to see them mix modern tech with their distinct fantasy lore.

"BANDAI NAMCO Entertainment America Inc. invites players to whet their appetite and #PrepareToDine with a quick taste of an upcoming title set for an official announcement on April 20, 2017," a Bandai Namco PR rep told us.

Nothing has been confirmed about the game so far, but Bandai Namco promises it'll reveal the project in full on April 20, 2017. There's also a teaser site up, but it just relays the same info above. 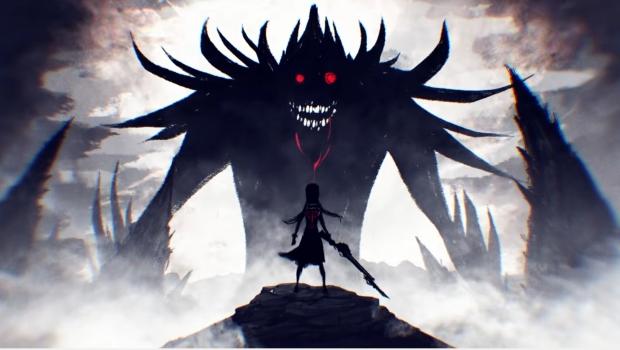