Star Wars: Battlefront 2's trailer has leaked ahead of schedule, revealing a ton of new eras including prequel and expanded universe eras, along with new features.

The 30 second teaser is short but sweet. We get to see large-scale battles the series is known for, and Yoda battle Darth Maul. Episode VII's Kylo Ren also makes an appearance, as does Ren. Of course specific Jedi/characters will only be available in a pre-order DLC pack dubbed the "Last Jedi Heroes". We also get a quick snippet at the Battle of Hoth from the original trilogy.

The campaign appears to follow an Imperial Stormtrooper who might've abandoned the Empire, culminating in the "untold soldier's story" segment at the very beginning.

Battlefront 2 will be shown off at the Star Wars Celebration coming up soon, and will demo at E3 2017, likely alongside Microsoft's 4K-ready Project Scorpio console. The game will release Holiday 2017 with a ton of new fan-requested features, including an offline campaign story mode, more enhanced multiplayer modes, and much more. 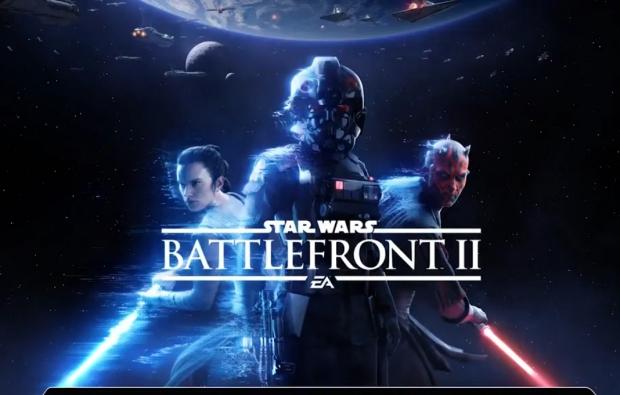