John Wick Chronicles is finally out! The highly-anticipated first-person shooter VR game is available as of today on Steam. 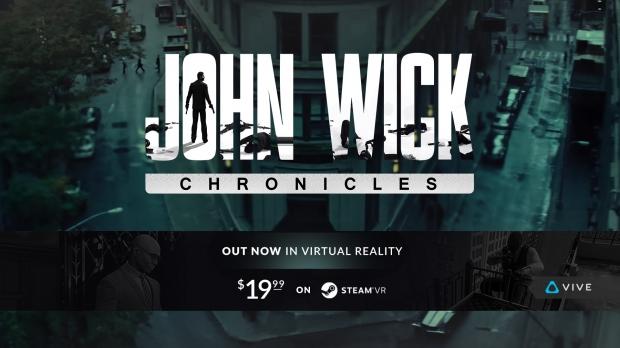 John Wick Chronicles lets you play as the legendary assassin John Wick, allowing you to pick up his iconic weapons and head into the world of hired guns - all in virtual reality.

Read also: I stepped into the shoes of John Wick and it was intense

The John Wick movie is filled with action, and when you transfer that into virtual reality, you get a whole new level of entertainment.

Read also: We talk to Starbreeze about their new game: John Wick VR

In order to play the game, you have to have the HTC Vive and a VR capable PC to run it. The game is available on Steam at a price of $19.99. By pre-ordering John Wick Chronicles, you will also receive a complimentary copy of PAYDAY 2 featuring John Wick as a playable character as well as the upcoming John Wick Weapon Pack DLC for PAYDAY 2. Some users are reporting that even if you buy the game today, you still get PAYDAY 2 for free.