A new report from Super Data estimates that a total of 6.3 million VR headsets were shipped in 2016. 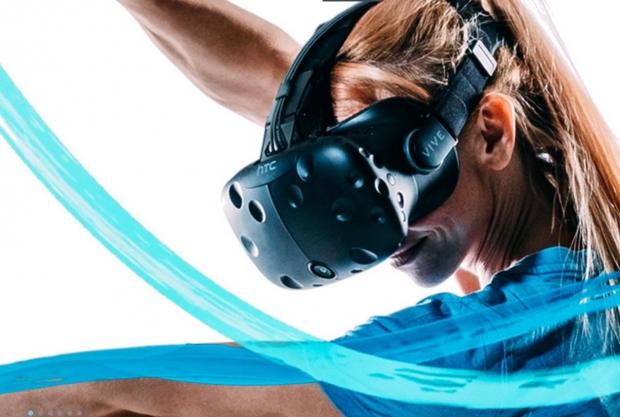 The big winner here is Samsung with 4.5 million Gear VR headsets sold through last year. The second headset on this list is PlayStation VR with 750,000 units sold, followed by HTC's Vive with 420,000. According to this report, HTC's Vive edged out Facebook's Rift selling "more than 400K at its $800 price point."

The report also says that "Oculus has shown a strong interest in gaming and social applications, so consumer penetration will be more important to the Rift. Meanwhile, HTC Vive is becoming the device of choice for enterprise developers..." 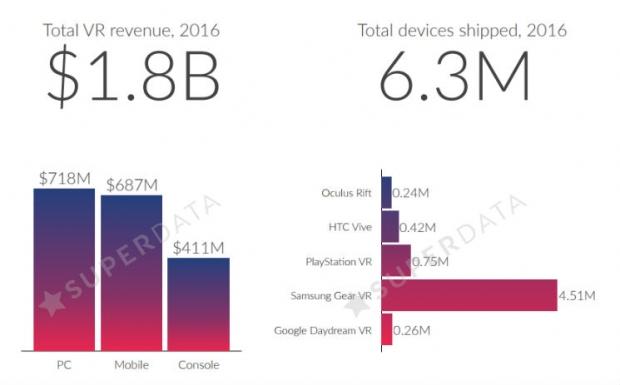 The numbers might seem a little low if we are looking at the worldwide shipment, so we talked to Anshel Sag, Associate Analyst at Moor Insights & Strategy, and asked him what's his prognosis for this year.

I think that 6.3 million is without a doubt lower than many people expected, but in line with what was realistic. Daydream shipped very late in the year and the prices of PCs to drive the Rift and Vive were too expensive. This year should be very different now that most GPUs already support VR and we should have quite a few Daydream smartphones on the market as well as Xbox Scorpio and Windows Holographic headsets. I would expect the number of headsets in 2017 to double or triple that of 2016.

So there you have it, folks. It wasn't a bad year for VR, it certainly wasn't an amazing one, but it will only become bigger and better. Mobile VR is still winning here cause of lower prices, and according to Mr. Sag, the same trend will continue this year.

While mobile VR isn't quite at the level of PC VR, it will still take some time for mobile experiences to match the PC experiences of today. Mobile VR will always be the volume of VR users, but those that want the best experience will always go towards the PC. Much like gaming and other graphical experiences you have today.