Change your passwords guys - Marvel and Netflix are the latest high profile targets for hacking group OurMine, which had many of their Twitter accounts hacked today.

When you follow all individual Marvel accounts and are spammed in a row by OurMine :/ What even 2016. pic.twitter.com/vrcKdU0f3R

Hacking Group OurMine, whose previous targets include Google CEO Sundar Pichai, Twitter CEO Jack Dorsey and Mark Zuckerberg successfully exploited multiple Marvel accounts including those associated with feature films hits such as 'Guardians of the Galaxy', 'Doctor Strange', 'The Avengers', 'Captain America' and 'Ant-Man', leaving behind their trademark message. Netflix also found themselves under the gun, with the streaming platform struggling to regain control of their account over the span of a few hours. All accounts have now been cleaned of the unwanted tweets, but Netflix did leave behind a little acknowledgment memento.

Pardon the brief trip to the upside down. Gotta remember to avoid Mirkwood. 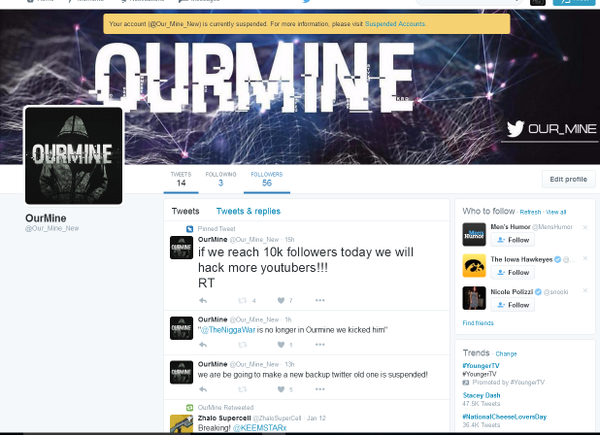