Despite their insane popularity from a financial standpoint, but also frequently from a critical one, I've increasingly formed the view that the entries in the Marvel Cinematic Universe aren't too dissimilar from a bag full of McDonald's. It's fine enough when you're consuming it (maybe also enjoyable), but after its done and dusted, you'll not give it a second thought, and with no desire to repeat the experience anytime soon.

It's also the same experience each and every time, with a consistency that feels overly manufactured and sans any element of human touch. So, with a sigh and a "here we go again" that I checked out the somewhat ridiculous-sounding Doctor Strange. But in a wholly welcome surprise, I found myself somewhat in awe. 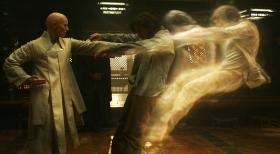 When brilliant but arrogant neurosurgeon Stephen Strange (Benedict Cumberbatch) is crippled following a car accident, his single-minded desire for recovery sends him on a journey to the Himalayas where he begins training with the Ancient One (Tilda Swinton), who reveals the existence of dimensions beyond the physical. But when her ambitious former student Kaecilius (Mads Mikkelsen) threatens to break the fabric of time and destroy the world as we know it, Strange will need to learn quickly if he's to foil the evil plot. 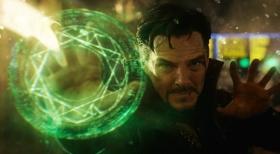 You've got to hand it to Marvel. The success of 2008's Iron Man gave the fledging studio the ability to go it alone and chart the course of their own stable of characters (well, at least the ones they still hold the rights to). With financial security offered by Disney, that had the foresight to purchase the comic company just a year later, the studio laid out an ambitious plan which took it far beyond just a few sequels, but built from the ground up a huge Cinematic Universe which allows characters to weave in and out and ensure they can develop new adventures for years to come.

With a combined $10 billion haul thus far, it has proved to be an incredibly lucrative move too. But with rival Warner Bros. investing heavily into a similar plan through their ownership of DC Comics, alongside recent financial stumbles such as X-Men: Apocalypse and Fantastic Four, is the end coming for the superhero genre?

Well, with the likes of Doctor Strange showing evidence of huge potential, I'm more confident than ever that Marvel can weather any audience backlash. 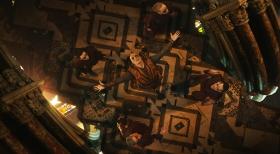 Over the last two decades since the CG revolution, audiences have become so desensitized to the virtual limitlessness of visual effects that it has become increasingly hard to genuinely wow audiences. Despite their generally high quality, some of the Marvel films have become a joyless slog with seemingly endless fights and action sequences that elicit more yawns than fist pumps from cinema-goers. But Doctor Strange successfully resets the course, filled with some entrancing, kaleidoscopic visual effects that push the narrative forward and give audiences something they've truly never seen. Visually, it's impossible to deny the enthusiasm that pervades Doctor Strange, which gives it an edge that makes it much easier to ignore the otherwise unremarkable plot. 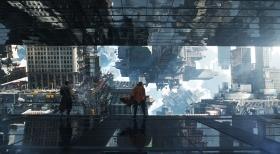 Of course, the superb cast goes a long way to making Doctor Strange a memorable affair. Like Robert Downey Jr. before him, the casting of Benedict Cumberbatch is a stroke of genius, pitch-perfect in both the physicality and temperament of Doctor Strange's dual guises. The always likable Rachel McAdams is empathetic as love interest Christine Palmer, which successfully anchors the humanity and Mads Mikkelsen chews the scenery as the film's baddie Kaecilius, even if he's perhaps a little underwritten. Chiwetel Ejiofor has a good turn as Karl Mordo, a role which is significantly more important than would seem on the surface (don't even think about leaving before the end credits stinger is revealed).

The expanding Marvel Cinematic Universe is a series which consistently delivers, but Doctor Strange signifies an important new turn for the franchise, which while not yet ready to take big risks with the formula, is still confident in biting off some long-overdue ambition. 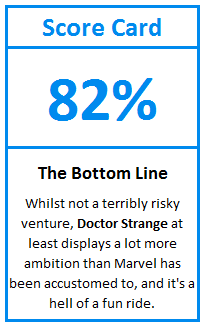