Specs and details ASRock's new Fatal1ty and Extreme4 Z270 motherboards have surfaced, giving us a good look at the boards ahead of their CES 2017 showcase. 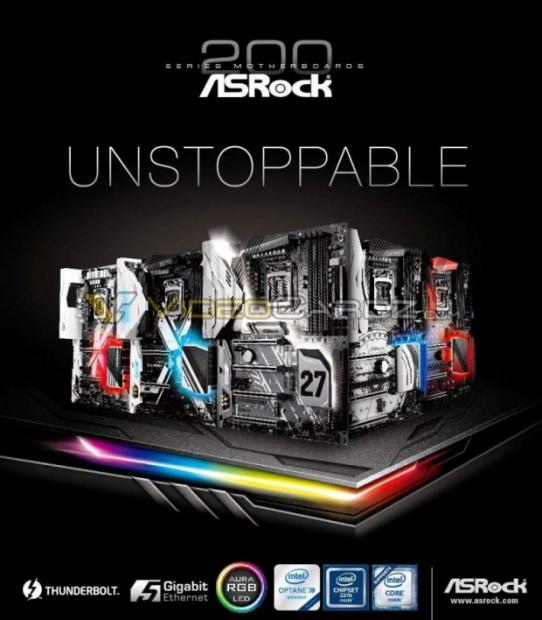 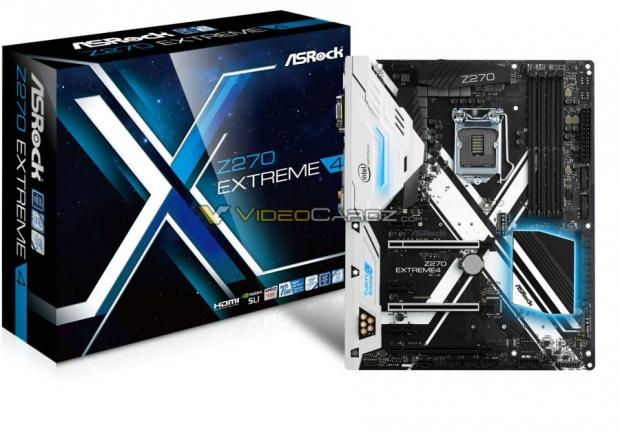 Let's start with ASRock's Extreme4 Z270 motherboard. This is a standard ATX motherboard that features HDMI, DVI-D, and D-Sub display slots (no DisplayPort), three PCIe 3.0 x16 lanes (two of which are outfitted with steel bracing) that support up to three AMD GPUs in CrossFireX or two NVIDIA GPUs in SLI. 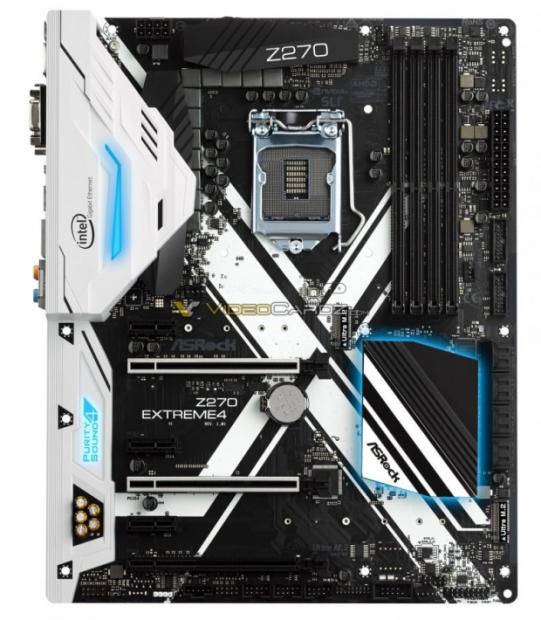 The Extreme4 features eight USB 3.0 ports, and two USB 3.1 ports (Type-A and Type-C) on the rear. Onboard LED and RGB lighting on the header splash some style to the mobo. 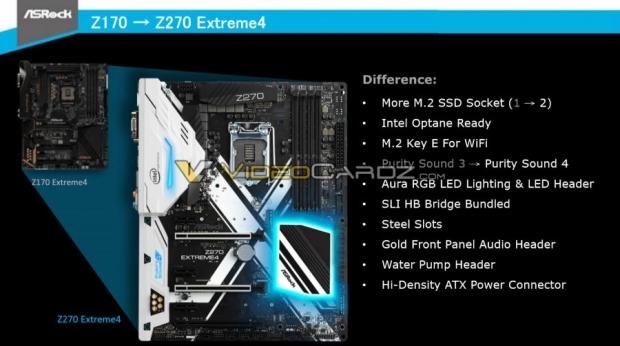 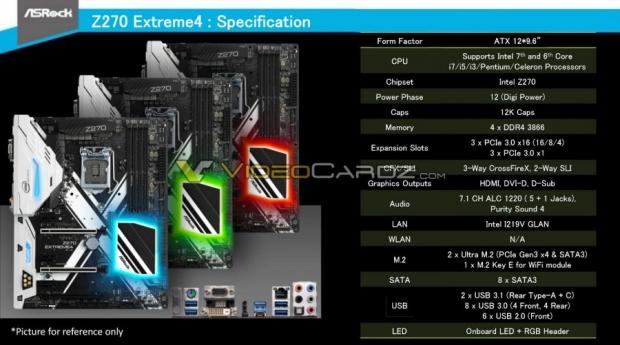 ASRock should showcase these motherboards in full at CES 2017 in January, so keep a look out for that coverage. 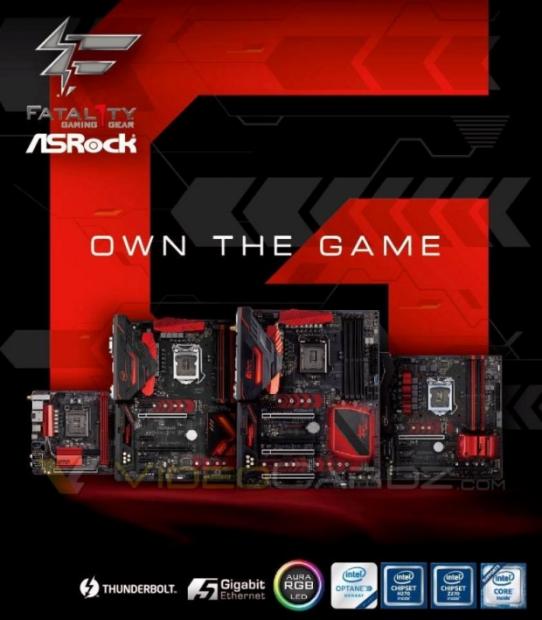 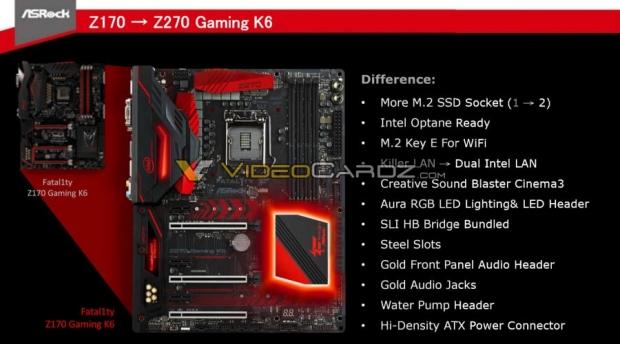 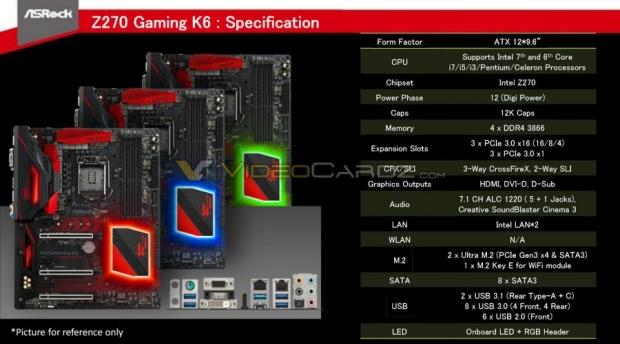