Reddit is such a wonderful place if you visit it. You got memes, people who are giving tips for free, and developers who spill information for us. How great is that?

Today, Battlefield 1 redditor "WWIflyingace62" suggested that shovels should have their intended function, that is the ability to dig ground with it, in the game. With that, people can dig temporary trenches to use as cover and make their enemies rethink their strategy.

Luckily, a developer of DICE who goes by the name of "Maars_DICELA" gave a pretty shocking revelation: the shovels used to have this function but was later removed because of the "weirdness" it brings to the game. He said there's a possibility that it might come back when the CTE (Community Test Environment) is up and running. 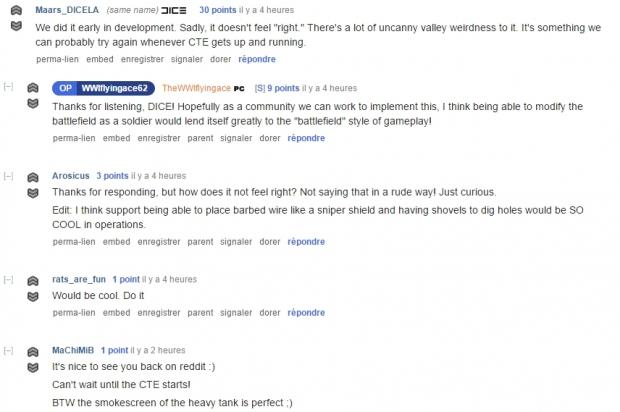 So, what do you think of the answer given by the developer? Do you think that shovel digging will be a massive game feature if it gets implemented? Let us know in the comment section down below.