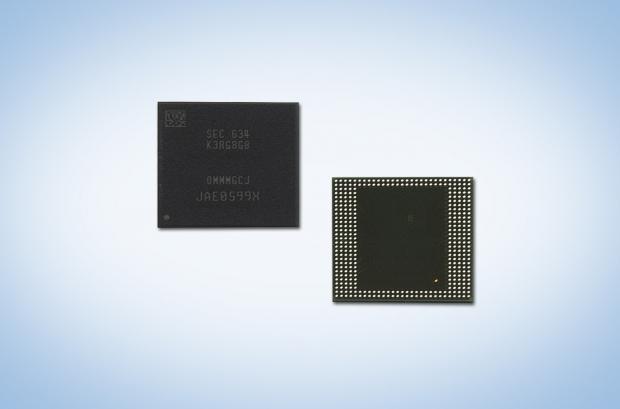 The new 8GB LPDDR4 RAM is aimed at Samsung's new high-end performance flagships and next-generation mobile devices equipped with 4K video recording, playback, and visuals. Utilizing four of the latest 16 gigabit high-density LPDDR4 memory chips, the DRAM hits up to 4,266 Mbps bandwidth, and when transmitted over a 64-bit memory bus, equals up to a staggering 34GB-per-second transmission speeds.

"We will continue to provide advanced memory solutions offering the highest values and leading-edge benefits to meet the escalating needs of devices having dual camera, 4K UHD and VR features."

Based on the latest 10nm-class process technology and Samsung's low-power circuit design, the 8GB LPDDR4 DRAM is surprisingly power efficient, drawing the same amount of power as its 4GB DRAM modules based on the 20nm class tech.

Samsung will "rapidly expand" its new DRAM modules based on the 10nm process, so we should see mobile devices tap 8GB of LPDDR4 RAM in the near future.