Tens of thousands of cyber attacks occur every second, but it's hard to imagine and visualize the number of attacks. Norse, a company from California that provides intelligence to many different companies, has created an interactive map where users can watch the cyber attacks in real-time. 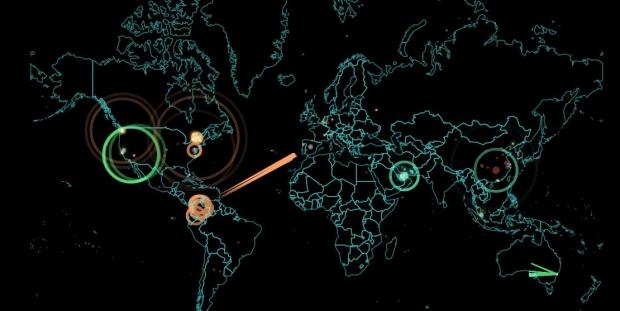 The attacks are shown with colored lines that connect the source and the target of the attack. Norse tracks these attacks with the help of more than 8 million sensors located in 47 different countries.

The map looks really impressive, but also worrisome considering how much of our personal information and financial records are stored online.

The majority of the attacks are directed towards the US and in second place are the United Arab Emirates (at least at the time I'm writing this article). Most attacks come from the US and China, but as previously stated, this changes and you can watch it in real-time.