While Panasonic is only one of three companies to have launched hardware to support the 4K UltraHD Blu-ray format thus far, that hasn't stopped the Japanese multinational from announcing a cheaper, second generation player to combat the entry-level X-Box One S which is currently the cheapest player on the market. 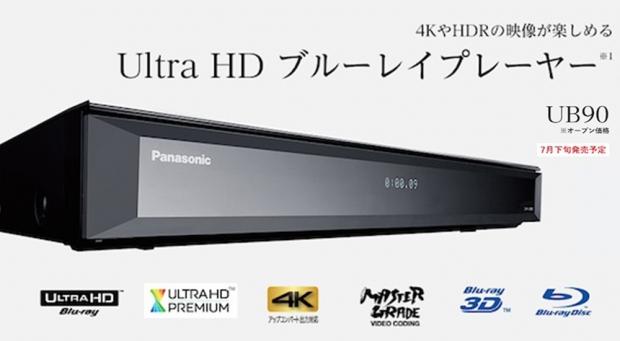 According to What Hi-Fi, Panasonic's DMP-UB90 will join the first model DMP-UB900 with nearly identical specifications for nearly half the price when it hits Japan later this month for 70,000 yen (around $700 USD). The new player only drops the analogue audio outputs and THX certification from its older sibling - which is no real loss.

Meanwhile, Sony are expected to (finally) announce their first UltraHD Blu-ray in the form of the PlayStation Neo (whatever it ends up being called) at next month's PlayStation meeting in New York.