UPDATE: Nintendo being its usual shrewd self has forcibly taken down the Nintendo Power archive. Sorry, folks, but Nintendo has a zero tolerance policy on any kind of fan service and they're still out of touch with reality.

Now you can experience that golden age of gaming splendor all over again. 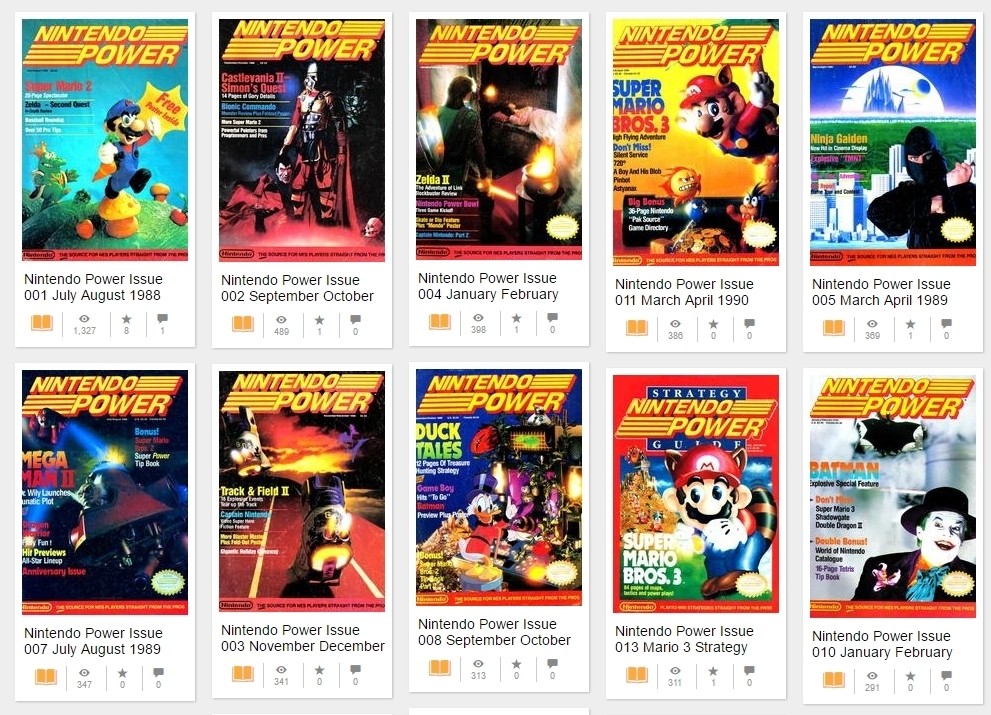 Remember video game magazines? Yeah, they're all but extinct now. But back in the old nostalgic days of retro gaming, Nintendo Power ruled our childhood. Now that every single issue of Nintendo Power has been published online, you can cruise through all 11 years of iconic gaming awesomeness and timewarp back to those nostalgic days on a whim.

Nintendo's beloved subscription mag had it all: game tips, teasers for awesome new games and consoles, contests, and even a snazzy collectible poster with every issue. I was a late bloomer with Nintendo Power, and only started my subscription when the Nintendo 64 came out, so I missed out on a ton of golden age material. But now I can catch up on everything I missed, and you can too!

AVGN explained the power of Nintendo Power best: "Today there's internet. Anything you wanna know about any game, you just look it up. But back then, your only source of information was magazines like Nintendo Power. If you had a subscription you were the MAN. One of your friends would be breaking their balls trying to beat a game, and you'd be like 'oh, I know how to beat that.' That's because you had the POWER!"

Come October, we'll have the chance to bring the NES geekery full circle and fire up the new NES Mini while using old-school Nintendo Power mags for tips. Ahh, the memories.