Spoiler Warning: If you want to keep No Man's Sky a surprise, steer clear from this post! A fresh batch of No Man's Sky gameplay has leaked, this time with over an hour of consistent in-game footage.

YouTuber Kengi01 has acquired an early copy of No Man's Sky and published a huge hour plus video of his first experiences of Hello Games' huge space sim. Gamers have thoroughly picked apart Kengi's gameplay and compared it with the notorious leaks from daymeeuhn, the gamer who spent $1,250 on his copy of the game.

We've also reported extensively on daymeeuhn's experiences with the game, especially his claim that No Man's Sky players can reach the center of the universe in less than two days time. This is certainly a far cry from Sean Murray's insistence that reaching the center takes players "hundreds of hours of grinding".

Daymeeuhn has also revealed quite a bit of troubling content about the game, especially the controversial Atlas Stones and the Warp Fuel fiasco. There's also bugs, glitches, and some rather surprisingly awkward features about the game. Read more about that here.

Be sure to watch the video in its entirety before it's taken down, and to keep an eye out for our future No Man's Sky footage. We plan to digest the info that's been put out there so far and analyze it so you have a better idea of what the game has to offer. 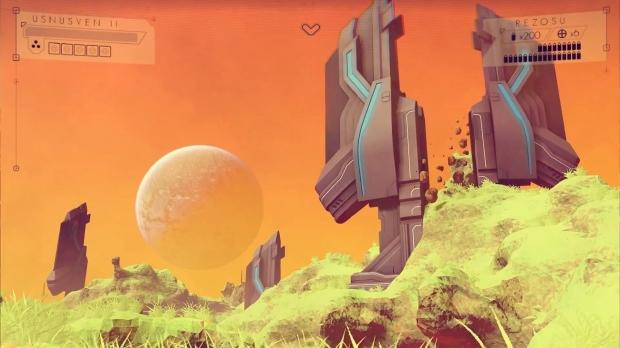