Computex 2016 - Ugh, there were so many GeForce GTX 1080 cards at Computex 2016, that I literally had a nerd overload. NVIDIA's GeForce GTX 1080 Founder's Edition is a beautiful card on its own, but the custom design cards are... well... just so freakin' beautiful. We have a small roundup video below that you can check out.

We caught a glimpse of what MSI were showing off, some of the cards from GIGABYTE, as well as the monster GTX 1080 AMP! Extreme Edition from ZOTAC. One of the new members on the block is Colorful, which most of you have probably never heard of. Colorful is a gigantic Chinese video card maker that should be sampling us in the very near future as the first media in the world outside of China to receive a Colorful video card. I even introduced Luke from Linus Tech Tips to Colorful, as I love his work on video (and he's a super-cool guy as well), so expect some major exposure from Colorful in the future.

MSI's cards impressed me, as I have their GTX 1080 GAMING X 8G in the house right now and have been benchmarking it for days. I also have the G1 GAMING edition of GIGABYTE's GeForce GTX 1080 which will be benchmarked next week. So expect a flood of GTX 1080 reviews before AMD flings their Polaris-based offerings led by the Radeon RX 480 into the wild later this month. 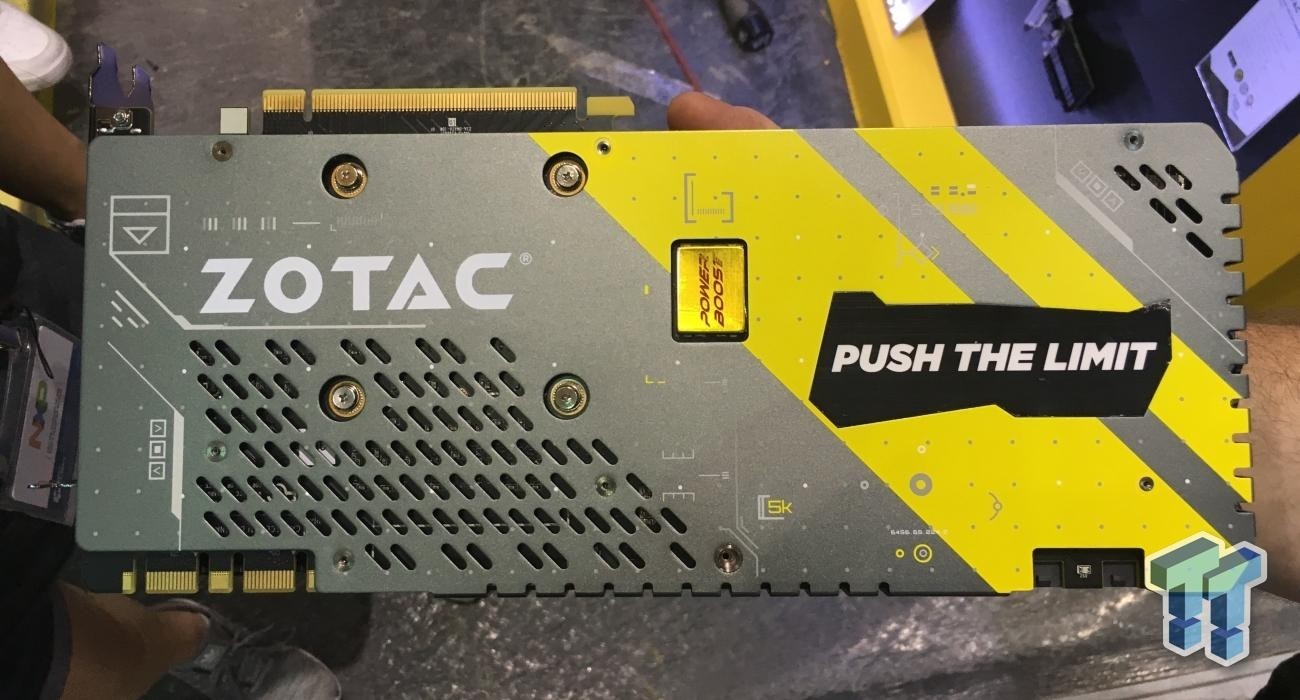