Computex 2016 - ZOTAC was one of the first companies I wanted to visit at Computex this year, purely to check out their new GeForce GTX 1080 range of cards. They were just setting up as we rolled past, but the one card they had in their hands was the new GTX 1080 AMP! Extreme Edition. 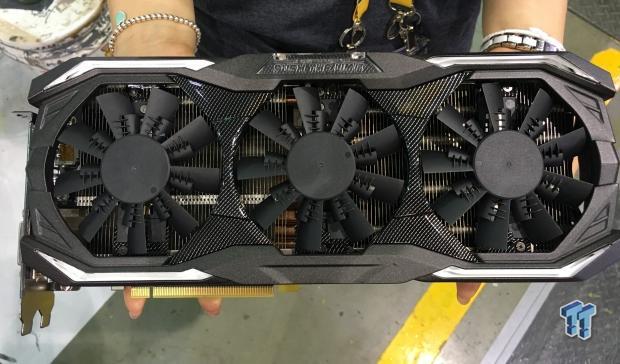 ZOTAC's new GeForce GTX 1080 AMP! Extreme Edition is the company's flagship card, with a triple-fan cooling system and a custom heat sink that is just gigantic. We're sure this card is going to have some serious overclocks applied to the GPU and the 8GB of GDDR5X, but we can't confirm it just yet - this is something we should be able to clarify tomorrow. 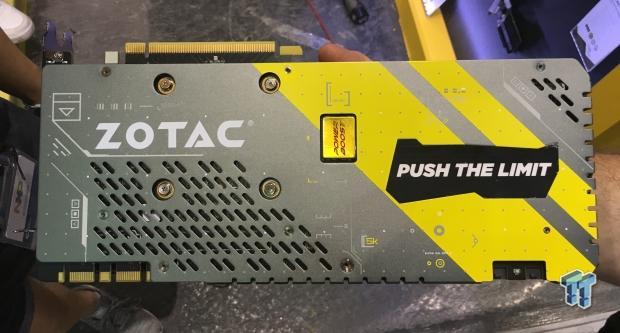