AMD is days away from pushing its Radeon Pro Duo into the wild, its first dual-GPU video card since the infamous Radeon R9 295X2. The press slides are now out - even before I received them (thanks, AMD...) and now we know the official specs - even though we kinda knew that from the constant flow of leaks on the Radeon Pro Duo. 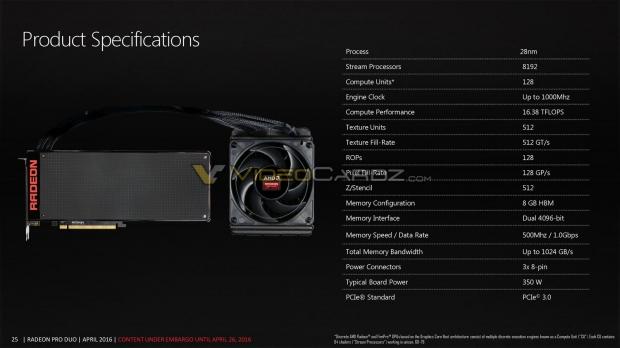 The Radeon Pro Duo features 2 x Fiji XT cores built on the 28nm process, the same GPU powering the Radeon R9 Fury X. We have 4096 stream processors, so with two GPUs we have a total of 8192 stream processors on the Radeon Pro Duo. This is joined by 256 TMUs per GPU (512 TMUs in total) and 64 ROPs per GPU (128 ROPs total). This provides the dual-GPU video card with an insane 16.4 TFLOPs of performance, which is a huge jump on the 8.6 TFLOPs of compute performance from the R9 Fury X. 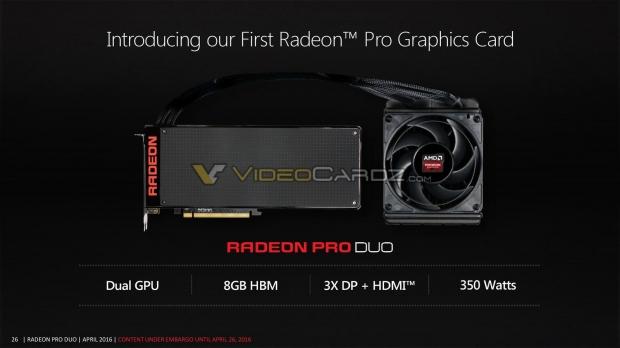 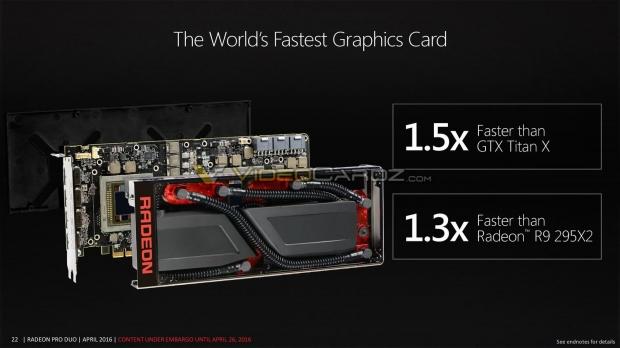 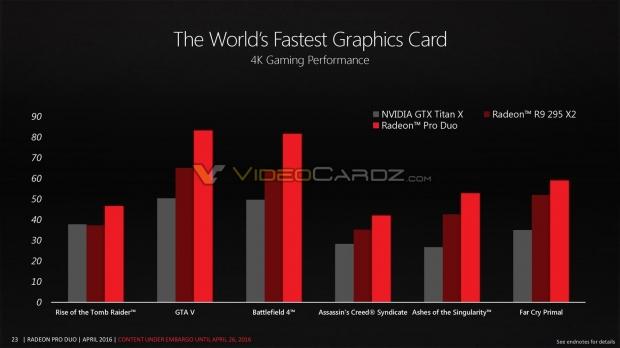 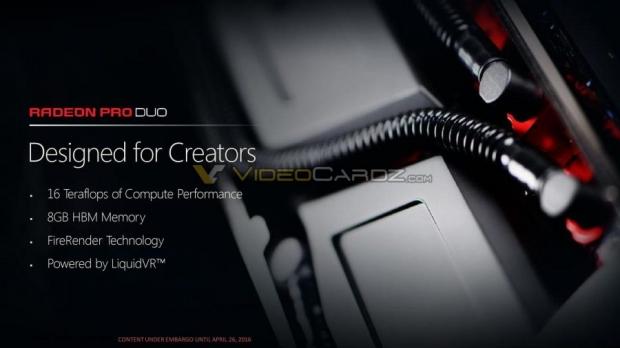 Remember, this isn't just a card for gaming - as it's a compute beast, and VR gaming behemoth.