Fallout 4's console commands are tons of fun. In the past, we've shown you how to make your own epic wide-scale Fallout 4 battles like you see on Cosmic Contrian's YouTube channel, and now we've discovered another awesome tidbit: how to shrink or gigantify your character.

Fallout 4's "setscale" console command arms you with your very own shrinking ray. Now you can experience the glee in making anything--or anyone--the size of a toy. Want your very own collection of cute robots? Zap 'em down to scale! Tired of Preston Garvey bothering you every two seconds? Make him into a miniature and you won't even see him. Conversely, you can also blow things up to epic giant-sized proportions, including NPCs, enemies, and even yourself. That's right, you can shrink and even gigantify yourself.

The best part about using the "setscale" command on yourself is that your HUD scales with your size. This means you'll actually see through the eyes of a hulking city-smashing, Godzilla-sized monster, or run around like a shrunken casualty from Honey I Shrunk the Kids. This feature has so much potential--you can zap the entire town of Diamond City and make them ultra tiny, or play the game as a mini-mouse hero. You could even replicate Super Mario Bros. 3 style platforming action by making your own levels, especially with the new Wasteland Workshop traps.

In order to use the setscale command, you have to be on PC. Sorry, console players, this won't work for you. We outline the full tutorial in the video above, but we'll still give you a rundown on how to make yourself into a giant (or a teensy coin-sized badass): 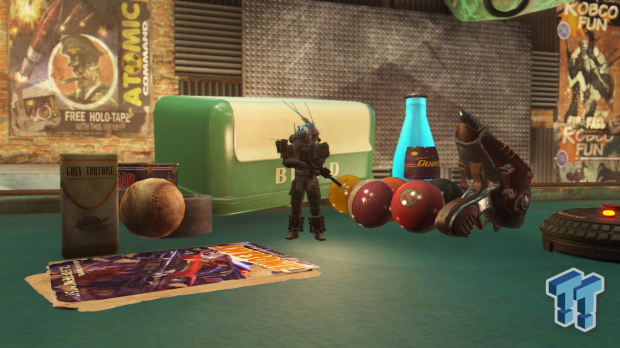 A few warnings before you mess around with setscale

The game will likely crash and glitch if you're too big, and fast-traveling while being the size of a skyscraper can mess things up. Jumping as a giant hurts you pretty bad, too, since you're now jumping 10x as high and taking 10x fall damage. Turn on god mode with "tgm" or raise your HP with "player.setav hp (amount)" to get past this. If you shrink yourself down to 0.1, you're going to need to use the "player.setav speed mult (amount, usually 100 or 1000)" command so you can actually move around. Adjusting your character's size also adjusts their speed and jump ratios, so keep that in mind.

1. Familiarize yourself with the "setscale" command. Open up the console command by pressing ~ and click on any given object. Then type "setscale" followed by an integer between 0.1 and 10. The command scales in increments of tenths, so "setscale 0.1" would shrink something down to 1/10 of its size, where as "setscale 10" would magnify it by tenfold.

2. Go into third person to select yourself. You can't select yourself in first-person, so go into the third-person view, open the console up, and click on your player character to get your unique code. Make sure you've actually clicked yourself and not any nearby buildings, objects, or NPCs.

3. Setscale between 0.1 and 10, and watch the fun ensue!It's really that easy. Once you're a giant you won't be able to use the third person view, so if you want to take screenshots you'll have to use the toggle flying camera "tfc" command to do so. Putting yourself back t normal size can also be a pain, so check the video for the full run down.

There you have it! We hope you guys have fun with this new tutorial, and honestly I'm blown away with how much entertainment it offers. You can really change the entire scope of the game simply by adjusting your size, and I'd love to see any of the crazy videos you guys might make with these methods! 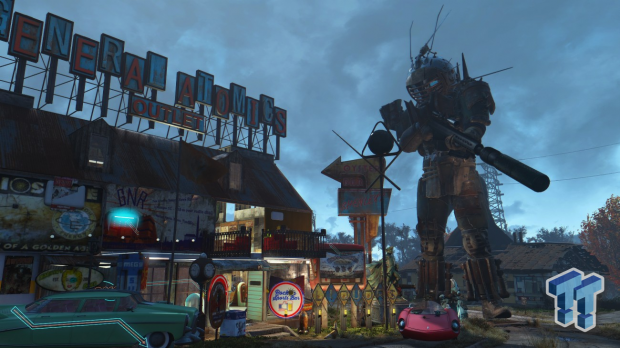 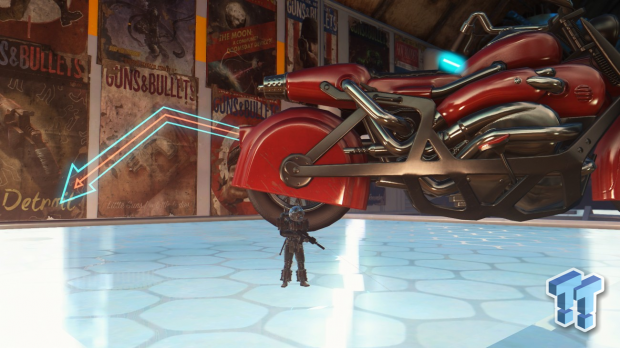 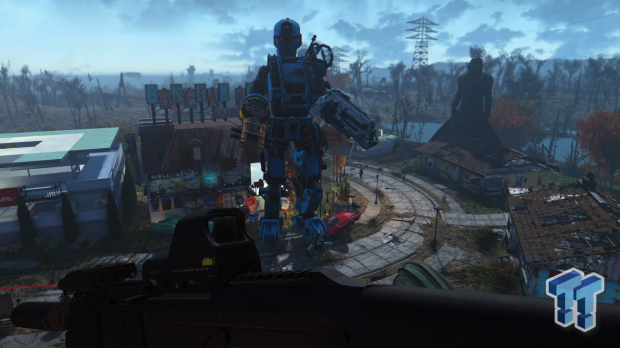