Bigben Interactive just released a new gameplay video of their upcoming adventurous romp into the Sherlock Holmes universe with Sherlock Holmes: The Devil's Daughter. We're being promised the chance to live the life of the master detective himself, in full. They've also announced that it'll be releasing on the PlayStation 4, Xbox One and PC on June 10th.

So it's more of a cinematic trailer that shows a glimpse of what the gameplay itself will be like, which is full of baritsu-fueled barfights and lots of deductive reasoning in a very frigid looking British backdrop. In this adaptation of the good detective, you'll be going on a singular unique adventure to save your own daughter. And, of course, there's bound to be countless interactive mysteries to uncover along the way. And bar fights.

For this they wanted to make the experience very much immersive and interactive, letting you pay the role and really get a chance to do what Sherlock Holmes would have done if detecting in the real-world, with clues that aren't always just going to be in the easiest of places. You'll have to work for them, and you'll probably end up being satisfied as a result. It's one to watch, though, and might surprise in its unique ability to make you a Sherlock Holmes, digitally of course. 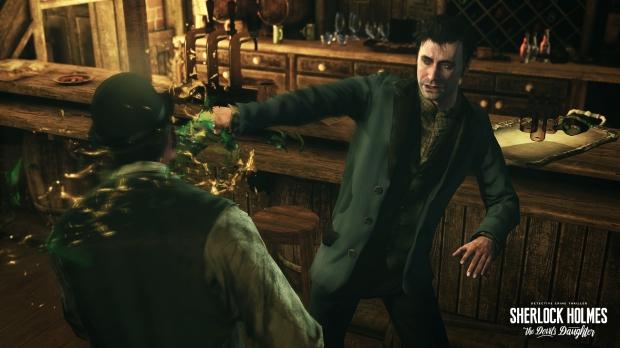