I love 'Star Wars' just as much (if not) more than your average nerd, but my lack of any real life skills means I have to passively consume media, while some dedicated fans have the capacity to build. And that's what someone has done in building a full size replica of the Empire's AT-ST walker seen in 'Return of the Jedi'.

According to The Verge, the builder requested to remain anonymous, but allowed some video and photos to be taken of his impressive creation. Standing at over 8 metres tall and constructed from "timber, plastic, and bits of scrap metal" the walker has a ladder which leads to a cockpit built for two, its own movable turrets and, in a nice touch, movie quality sound effects. 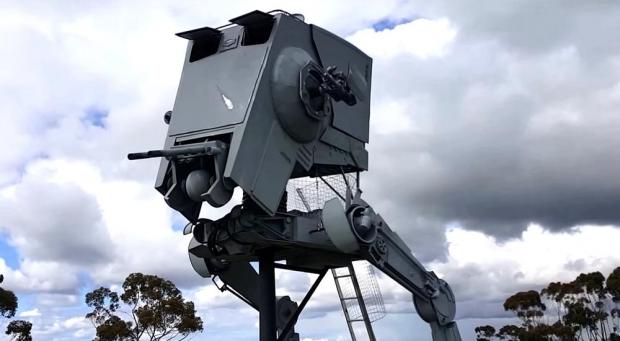 The owner also doesn't seem to have any Ewoks on the premises - this AT-ST must have finished them off.