There had already been ruminations of a BioShock compilation coming out courtesy of game rating organizations from other parts of the world, but now the US's own ESRB has rated the BioShock: The Collection game in anticipation of its release. Even though 2K hasn't said anything about it quite yet. 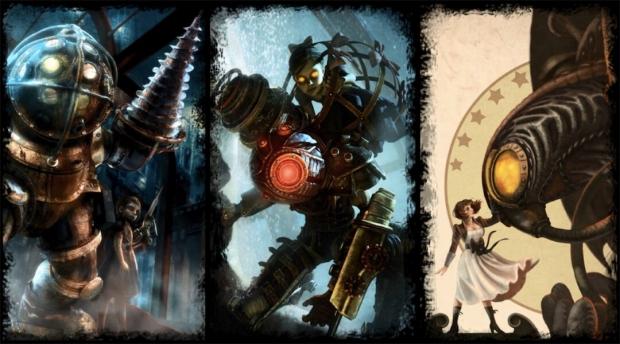 The rating simply describes the upcoming compendium as "...a collection of three first-person shooters in which players assume the role of characters uncovering the mysteries behind the dystopian societies of Rapture and Columbia." Due to the "large bloods-splatter effects" and other depictions of violence therein it receives Mature rating form the ESRB to reflect the more mature way that the three games seem to depict this fantastical 1912 setting.

We heard of the impending release, or announcement, of the collection in September when it was outed on a South African site, which published a listing for it. Then some more details popped up on a Taiwanese game rating site a little later on, though we've had no mention or comment from 2K about any new collection, remastered or not, of the BioShock games. This might be April 1st, but the ESRB rarely plays jokes at all, even if they mistakingly release info before they should.

It's very possible we may see an announcement soon about the impending release, and perhaps even details as to what they've changed, will change or want to change with the re-release. April fools? Perhaps not.