After nearly a decade of waiting, Final Fantasy 15 is finally ready for its big event. Check out the official Final Fantasy Uncovered event with the stream below.

The Final Fantasy Uncovered event is already underway in Los Angeles, but there's just a bit of filler going on right now and the main event isn't yet live. Expect Square Enix to unveil lots of new tidbits on Noctis and co.'s new adventure, including fresh footage, announcements, and all kinds of awesome surprises.

Although the Final Fantasy 15 release date has already been leaked ahead of schedule, you should still check the show out. Square Enix still deserves your views, and there's always a chance the GameSpot footage could be wrong! 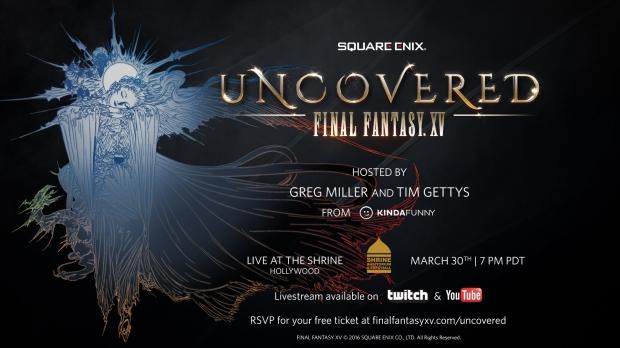