There's a lot of cool and interesting ideas that are coming out of the VR revolution, and not all of them are the hardcore super immersive experiences, either. Some, like Disco Flux which is coming to the PlayStation 4, are taking on a much lighter and more playful take on what VR can do for gaming.

Disco Flux is one of those games that breaks the bounds of one genre and adds in another that ends up being something completely unexpected. A music game that's wrapped with shooter mechanics? Oh yeah, this is a thing, and after watching the video above, this is a very good thing too. Just look at how awesome it looks, and how challenging it might possibly be, forcing you to use hand-eye coordination while rocking out to some of your favorite retro music. It looks like a blast, pun fully intended.

It's a music-driven shooter, that has four different modes that the game will switch through dynamically as you play more. They're already including some retro disco-esque music, but in the future you'll be able to import your own music that it'll analyze so targets can pop-up to the beat. This minimalist style of game would actually be very well suited to mobile. It doesn't seem to necessarily require a whole lot of processing power, and it would work well with the GearVR or similar headset.

It may not look like much at first glance, but it does look like one trippy fun ride, regardless. 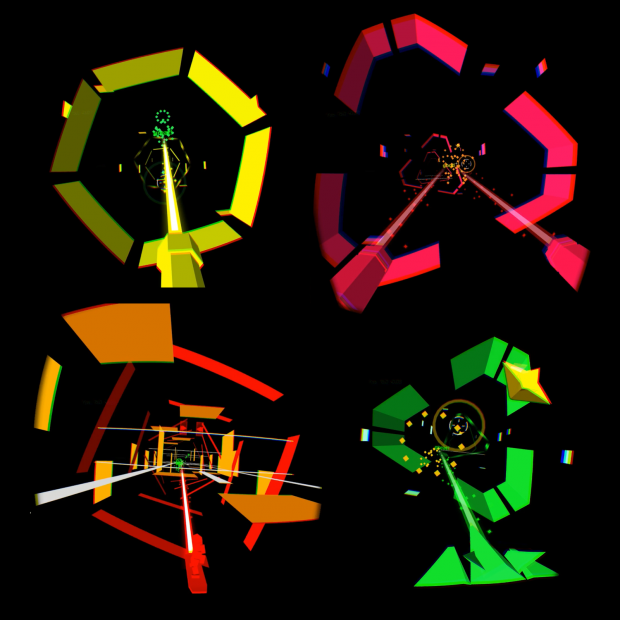