GDC 2016 - Just as I'm getting ready to leave my Airbnb accommodation and pick up my GDC pass, and then later in the afternoon head to AMD's Capsaicin event - the company will reportedly be teasing its Polaris 10 GPU at the event, running on a SteamVR benchmark. 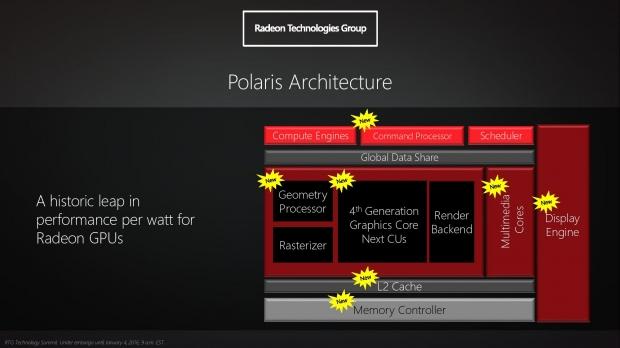 The company will be unveiling its new Radeon Pro Duo video card during the event, with it based on two Fiji GPUs offering 12TFlops of performance - making it the perfect card for VR and 4K gaming. AMD will be using the next-gen Polaris 10 GPU running on Valve's Aperture Science Robot Repair which will be powered by the HTC Vive Pre headset.

Polaris 10 looks like the same GPU showed off at CES 2016 and the RTG event in Sonoma in December, which will compete against the likes of GeForce GTX 950. The Polaris 10 will be an entry-level/mainstream part based on the 14nm FinFET process with GCN 4.0 enhancements. As for availability, it should launch in mid-2016 right around the time of Computex - so expect plenty of new entry-level/mainstream laptops to be powered by Polaris 10.

AMD is livestreaming its Capsaicin event which kicks off today at 4PM PST, which you can check out here.