As a kid, I played the hell out of point-and-click adventure games like Maniac Mansion, Full Throttle, Leisure Suit Larry and Day of the Tentacle. DOTT holds a special place in my heart, so the news of Day of the Tentacle Remastered got me excited, and now we're nearly here - the day of its release. 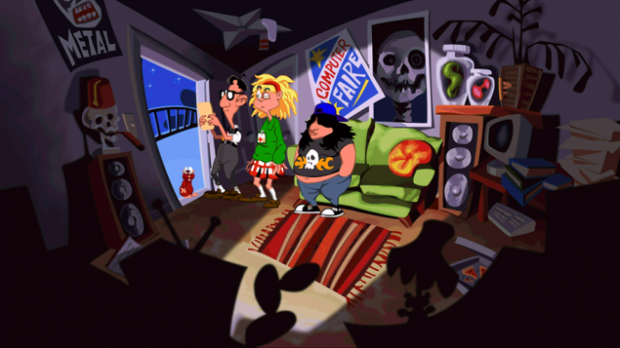 Day of the Tentacle Remastered will arrive on March 22, with pre-orders now open on GOG.com with a 10% discount offered for the first two weeks of its availability. Day of the Tentacle Remastered will allow players to relive their youth through the game, all on modern hardware with new features that weren't in the original release - such as a new interface, in-game developer commentary and more.

The game is explained as: "Day of the Tentacle Remastered is all the adventure you may remember with an optional layer of sweet improvements on top. You can mix and match between the unmistakably 1990s pixely art and a fresh high-res coat of paint, remastered audio, and an all new interface. There are extra goodies in the Remastered release as well, including in-game developer commentary and a fully playable version of the original Maniac Mansion. Your pre-order also comes with three exclusive Day of the Tentacle wallpapers, available right away to fuel your anticipation".

Day of the Tentacle Remastered hits the PC, Mac, PS4 and PlayStation Vita on March 22.