GIGABYTE has some new 17.3-inch gaming focused laptops coming to market soon with the latest round of Skylake mobile processors. 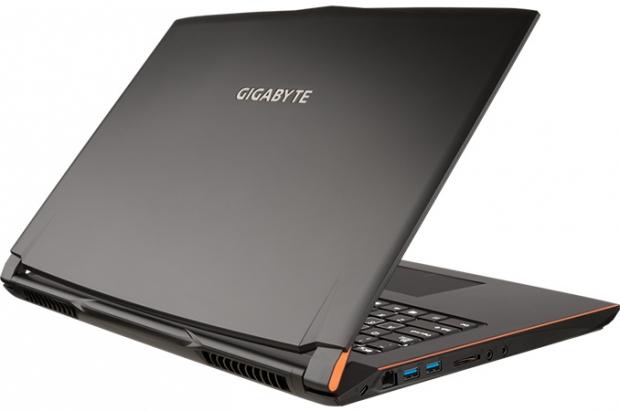 The new laptops are in the P57 family, which has at its core, an Intel Core i7-6700HQ under the hood that runs at 2.6GHz and can boost to 3.5GHz. It's on Intel's HM170 chipset and can have up to 32GB of DDR4-2133 memory installed along side it. There are currently two different variants of the laptop, the P57K and the P57W.

They both share a 1080P IPS matte screen but the P57K powers that screen with an NVIDIA GTX 965M whereas the P57W has a more powerful GTX 970M with 3GB of VRAM. For storage they're using a 512GB M.2 SSD that uses a PCIe 3.0 x4 interface for some blistering fast speeds. In the front of the massive laptop is a Blu-Ray RW drive that's situated just under the trackpad, a strange and new location for the drive, which can also be swapped out for more storage if you so choose.

The whole thing weighs around 2.1kg an has a 75.81Wh battery that should be able to give some decent battery life so long as you don't go crazy with CPU and GPU intensive applications. Just don't expect to be able to play games for long amounts of time without being tethered to the wall, that problem still hasn't been fixed with current battery tech.

The new desktop replacement laptops from GIGABYTE are available right now starting at $1499. Have a look if you're in the market for a new laptop.