Square Enix opened the doors to its closed beta of Hitman on February 19 for the PC, letting gamers go around assassinating a bunch of people before the game goes live. 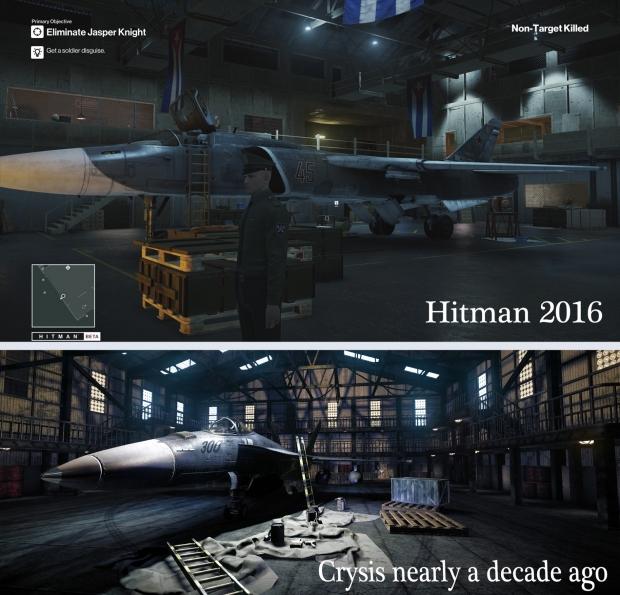 The Hitman beta throws people into The Prologue, which is set in a "secret ICA training facility". It shows Agent 47's introduction into the ICA, showing off his first meeting with Diana Burnwood, his handler who, in the future, will assign him deadly contracts. Well, some gamers are taking screenshots of the game - thanks to its Glacier engine, it looks pretty damn good. The problem is, if we compare it to games like Crysis (released in 2007) it really doesn't shape up that well at all.

Above, we have a screenshot of the new Hitman, compared to Crysis from 2007 - there's quite the difference there, and it's not in Hitman's favor.