A new trailer has been released for the upcoming The Walking Dead: Michonne mini-series that lets you take control of one of the deeper and more troubled characters from the series, Michonne. This new series is a deep-dive into her psyche, giving additional background information to compliment the TV series.

The first episode, titled In Too Deep, Michonne joins Pete and his crew on the sailing ship The Companion as they cruise the coast looking for survivors and additional supplies. They come upon a desperate signal for help that draws them to a scene of a horrific massacre where Michonne and the crew are lead further to the floating survivors' colony of Monroe. And of course you have to go investigate, because where there's danger, theirs also lurking opportunity.

Like all Telltale games, it's an interactive story that allows you to complete actions as quick-time events. Though it's not nearly as frustrating and incredibly engaging. The first episode is coming on February 23rd for the PC and on Mac. You'll also find it on the PSN for the PS4 and the PS3, the Xbox Store for the Xbox One and the Xbox 360. 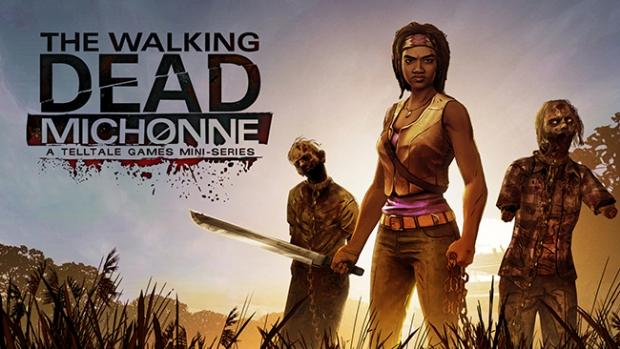