RFID is a cheap and convenient way to communicate information between devices. The problem is that it's also incredible insecure, and easily hacked by a number of ways. But researchers from Texas Instruments and MIT have come together to make a chip that won't be so easy to steal information from. 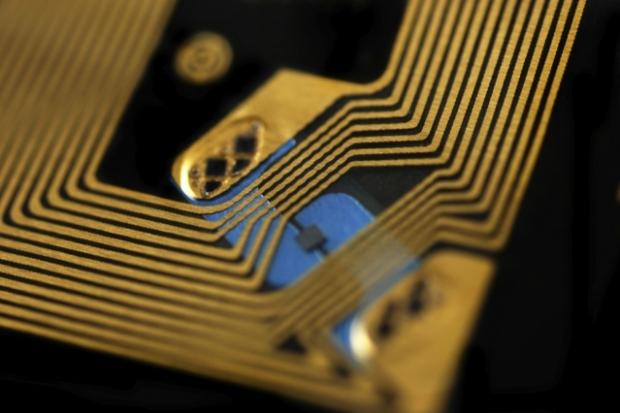 The implications for such a development are tremendous, with the idea that the public will finally start to trust the technology for more applications. Specifically they're being designed to be nearly impervious to a common attack on RFID devices, the side-channel attack. Those work by analyzing actual power fluctuations or memory access patterns in order to determine what the cryptographic key is, to break in and steal your precious information.

The new chip doesn't prevent the reading of those physical properties, because that would mean it doesn't work at all, but instead uses a a special ferroelectric crystal material that can self-power the chip, and store small amounts of information, to prevent people from cutting the power right before a cryptographic key exchange, which can reveal that key if done properly and the right equipment and software. They'll also incorporate a random number generator on-board to use a new secret key for each transaction, meaning that each one is completely unique, and thus far safer and more secure than ever before.

Usually the RFID chip itself is powered by the reader, or very obvious batteries are affixed to the chip that can prevent the cutting of the power, but those have been far more expensive to manufacture and more rare. This solution puts the power into the chip itself, in a discrete and nearly invisible fashion so that when the actual power source, whatever reader you're using, is suddenly taken away, it can continue to compute without interruption. and can store that in on-board memory, the ferroelectric crystals.