The full line-up for Xbox Live's Games With Gold program has been announced, and though there isn't much, it's a strong inventory for both the Xbox One and the Xbox 360. 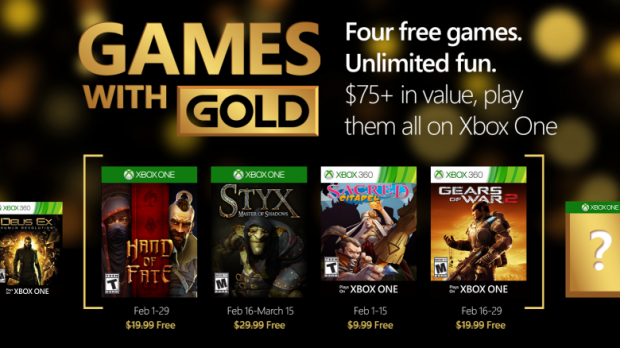 This month they're digging deep into their inventory with Gears of War 2 and Hand of Fate. Thankfully the games available for the Xbox 360 are also completely playable through backwards compatibility on the Xbox One, so if you've already upgraded, you can enjoy all the titles listed below. The first batch of games, Hand of Fate and Sacred Citadel, will be available on February 1st while Styx and Gears of War 2 will become available on February 16th. Happy hunting.

Xbox 360 (backward compatible on Xbox One)