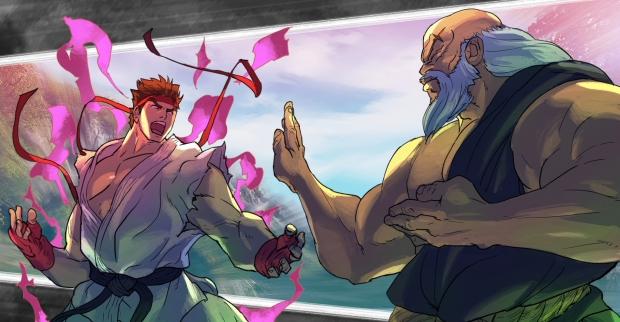 The new story mode coming in June will add a lot of backstory to all the exuberant characters that are found in the game, letting even new players get fully acquainted with Street Fighter V. Capcom will have a mixture of real-time in-game engine cinematic's as well as over an hour of animated scenes to help bridge the gap between Street Fighter V and III, which will somehow be connected.

The main focus of the story will be on Ryu and M. Bison, though they haven't released any of the juicy details just yet on what direction the story will take. Hopefully they can cohesively explain the universe in a greatly connected fashion. Capcom plans on supporting Street Fighter V for a few years, which means we might see other story expansions in the future.

"We knew there would be a lot of new players who are jumping into the franchise for the very first time so we wanted to provide a way for everyone to become familiar with the eclectic personalities of each fighter. Each character has their own storyline that provides background information on what drives them to fight, and what their relationships are to the other characters."