CES 2016 - Upon entering GIGABYTE's CES2016 ballroom, we were greeted by many custom PCs, each using a different GIGABYTE Z170 or X99 motherboard and GIGABYTE's latest Xtreme Gaming VGAs. The new VGAs have three RGB LED rings around the fans as well as RGBs in the Windforce cooler logo. 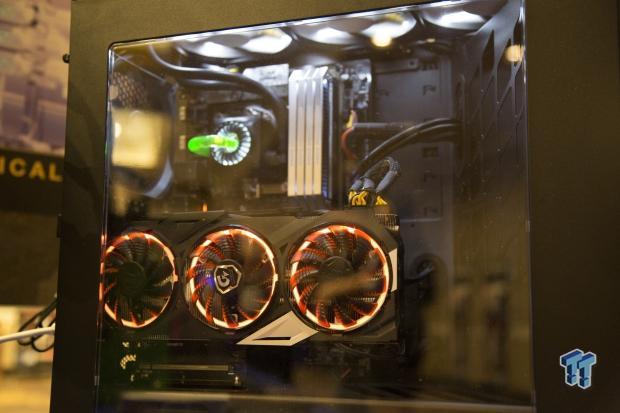 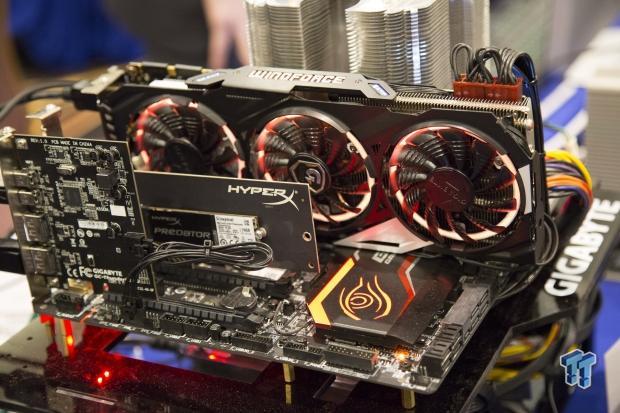 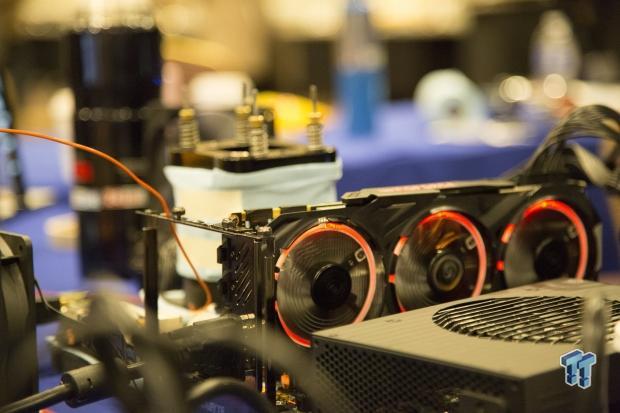 GIGABYTE was also hard at work breaking world records (they actually took four global WRs with non-K CPUs). The overclocking was live streamed, and on both the streaming computer (on the left) and on the Z170X-SOC Force LN2 system (on the right), the Xtreme Gaming GTX 980 Ti was used. 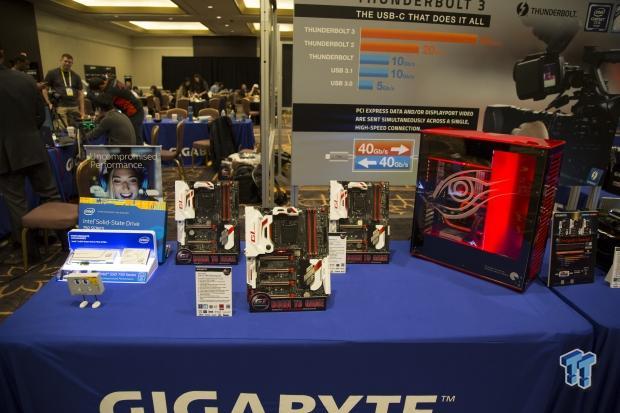 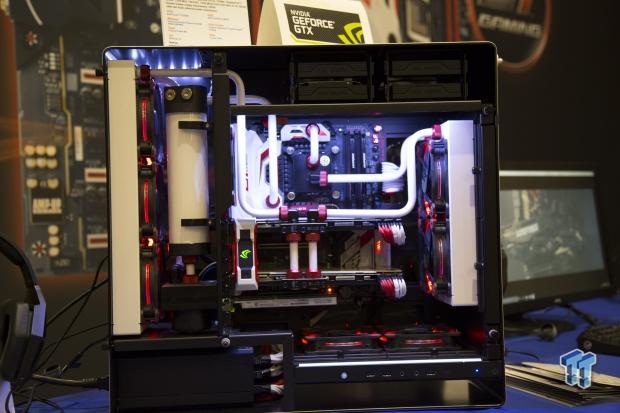 Not every component necessarily needs RGB LEDs to produce an awesome looking case mod; here are some other shots of systems that we thought deserved attention. 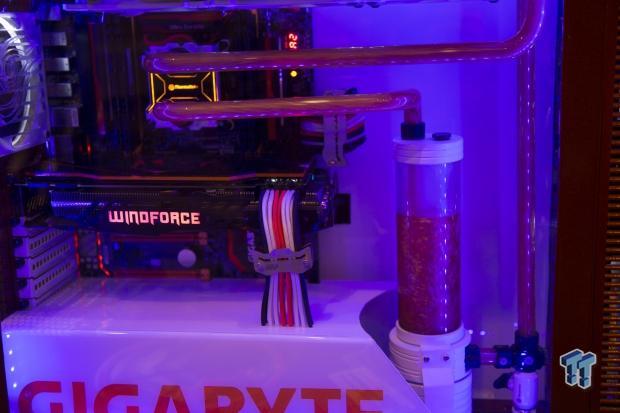 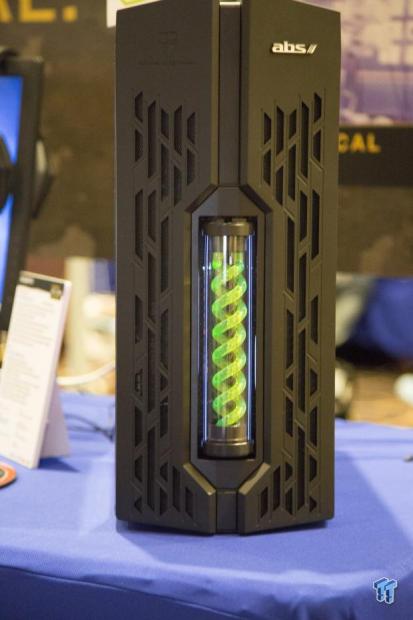