With 'The Force Awakens' storming the worldwide box office and perhaps poised to challenge 'Avatar's reign at the top of the all-time box office charts, Walt Disney and Lucasfilm are capatilising on the immense public awareness for the theatrical release by opening up pre-orders for the home video Blu-ray and DVD versions of the film. 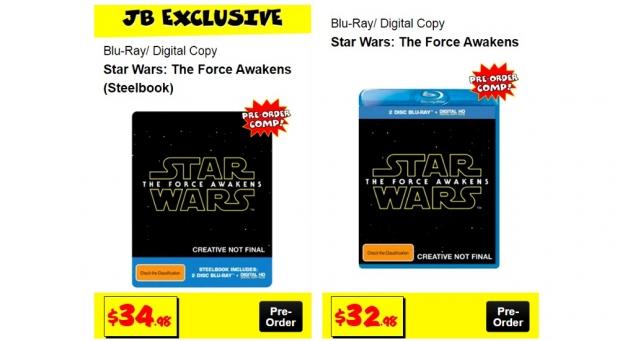 The world's largest e-tailer Amazon and others such as Australia's JB Hi-Fi chain are all taking orders, with the latter confirming an April 20th release date for the 2 disc Blu-ray, alongside a steelbook release and a single disc DVD. Curiously, no retailers have yet accepted pre-orders for a 3D Blu-ray release, but that's expected to street alongside the standard 2D version.