Someone has been kind enough to leak some gameplay footage from the closed alpha for Tom Clancy's The Division. The video, shown below, shows a dynamic open-world full of challenges and strife. But what it also might show is a graphical downgrade that could have happened.

Just keep in mind that this is an alpha still, and the actual playable portion of the game might not be fully optimized or made to look as graphically pleasing as it could. Also, this is the Xbox One version, meaning we still have a chance of seeing better graphics on the PC version.

The premise of the game itself looks good, with wide-open mission-based gameplay that seems interesting enough at first glance. But whether or not the complex missions and storytelling will hold-up to scrutiny, we don't know quite yet. This is one game that we would think would live up to the memory of Tom Clancy and his unique, and epic, method of story-telling.

Oddly, people are complaining in the comments about the UI and HUD, even though it's really not so bad. Sure, it caters to the gamepad, but at least it's attractive. 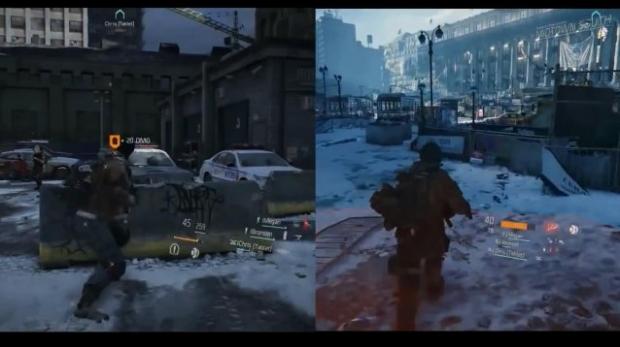