Yesterday, we reported that HTC and Valve had made "a very, very big technological breakthrough" with the Vive headset, and now a new finger-tracking VR demo has appeared online from the HTC developer event in Beijing.

It looks like an early finger-tracking system, using Perception Neutron finger-tracking gloves from Noitom and a SteamVR controller strapped to the back of the hand. This is obviously not a final design, but it shows an intuitive way of interacting with even simple objects like a bucket and some balls, all using natural finger movements in the VR world.

Even more recently, we wrote about the latest HTC Vive headset and controllers were shown off - looking incredibly awesome. 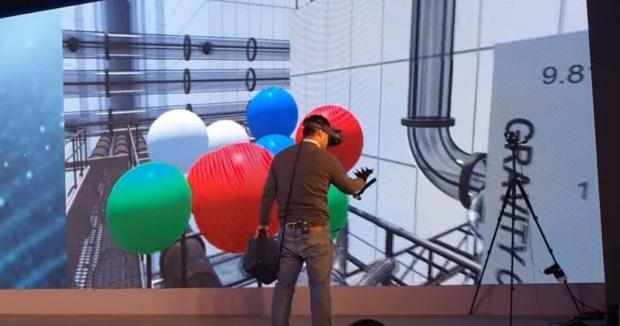