It looks like AMD's add-in board (AIB) partners are preparing new Radeon R9 390 video cards with 4GB of VRAM, compared to the 8GB of framebuffer on the current R9 390 models. 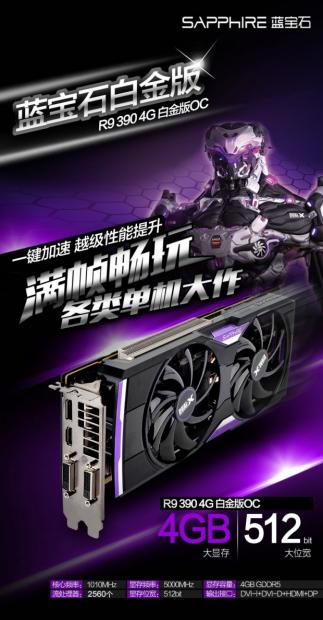 The new Radeon R9 390 4GB models will feature the Grenada Pro GPU, which is a revised version of the Hawaii Pro GPU on the 28nm process. This means we'll see 2560 stream processors, 160 TMUs, 64 ROPs, and a GPU clock speed of 1GHz. The 4GB of GDDR5 will be clocked at 1.5GHz (6GHz) with a 384-bit memory bus. The original R9 390 8GB models were aimed at 4K gaming, but the new 4GB models should hit the 1080p/2K gaming market, with more than enough horsepower to drive 60FPS at both resolutions.