We all know it's coming, but AMD is expected to launch their next-gen 'Arctic Islands' GPUs in mid-2016. These new cards will be powered by the much faster HBM2 technology, driving up to and over 1TB/sec memory bandwidth - up from the 512GB/sec found on the Fury cards, powered by HBM1. 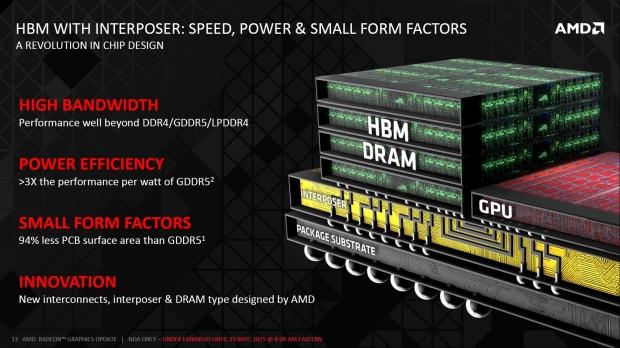 AMD's new cards will launch on the 14nm/16nm FinFET process, with the GPUs including a huge 2x performance per watt increase over the previous generation cards. With multiple parts powering the new cards, a new architecture, HBM2 and a huge process shrink, I have some big expectations on next-gen GPUs. AMD has recently changed things up with spinning off its GPU business into Radeon Technologies Group, as well as the big changes with Radeon Software.

The flagship GPU in the Arctic Islands family is the exciting Greenland GPU, which is rumored to feature up to 18 billion transistors, and up to 32GB of HBM2.