It looks like AMD is ready to fully announce its dual Fiji-based video card, which should arrive as the Radeon R9 Fury X2. But according to the latest rumors from Benchlife.info, it'll be a paper launch of the Fury X2, with real market availability to kick in sometime in Q1 2016. 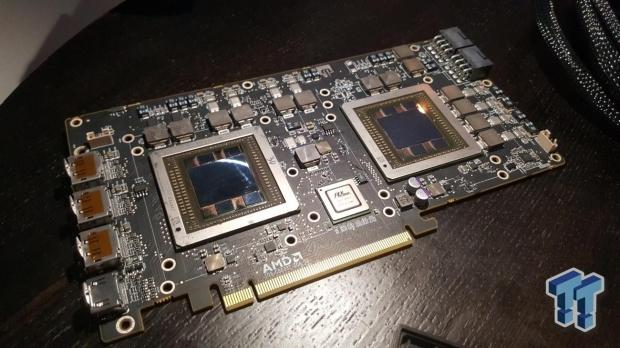 The source continued, adding that scheduling issues in production of the new video card could see delays occur. This isn't something new, as AMD paper launched the Fury X before it reached the market weeks later, but this delay will reportedly be months, not weeks. We should know for certain very soon, as we've been invited to an AMD event in Sonoma, California this week (I'm sitting in the Brisbane, Australia airport to board my plane to LA, and then SFO). We're expecting to see AMD unveil the Fury X2, but we won't know for certain until later this week.