For some 'Star Wars fans', too much is never enough and despite this month's release of 'The Force Awakens', and a further five feature films in development, there's now even more 'Star Wars' to look forward to now that Disney's animated hit 'Star Wars: Rebels' has been renewed for a third full season run of episodes. 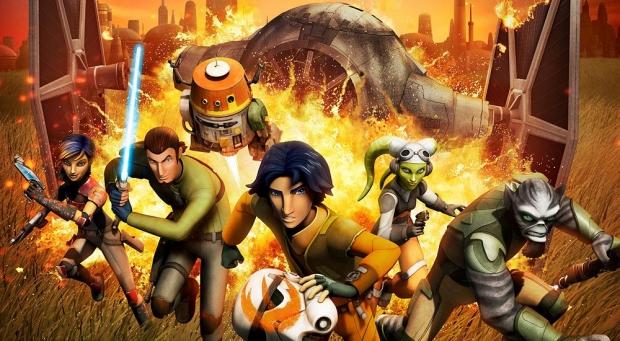 According to ComingSoon, the DisneyXD network is still excited about the series which aims to bridge the gap between the prequel trilogy and the original trilogy, and this show is receiving solid ratings. The networks senior vice president, Programming and General Manager Marc Buhaj says "We are proud to bring our audience a third season of Star Wars Rebels," says , "a series that has resonated across generations. The creative team behind the series continues to do a brilliant job in delivering on the key tenets that fans have come to expect from a 'Star Wars' property including adventure, hope and the battle between good vs. evil. The show continues to tell fun, heartfelt, exciting new Star Wars stories week after week, and it's beloved by fans of all ages. Season Three will see our rebel heroes face new obstacles and find new allies in their fight against the Empire."

The 12 episode current season of the show is currently running on DisneyXD and syndicated throughout the world will has three episodes left to air.