Released alongside a short press release, Electronic Arts has announced its latest app venture in the form of an Apple and Android compatible smartphone game called Star Wars: Galaxy of Heroes. 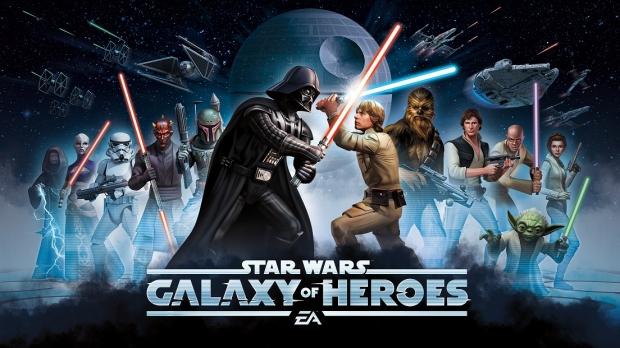 This game urges users to "collect iconic characters from every corner of the Star Wars universe, build powerful teams, and craft cunning strategies to battle through memorable locations," being released as a free-to-play game through Google Play and the Apple App Store. With squads available for both light and dark sides of the force, Galaxy of Heroes has been produced by Capital Games. There's also a seemingly strong focus on strategy, with the press release further mentioning that each custom team can be constantly upgraded with new gear and loot won through battles.

As this is a free-to-play game, there must be some way for the companies involved to make a return, but that hasn't been highlighted just yet.