Leaked slides show that Dell will release its own 2-in-1 tablet called the XPS 12 while simultaneously pushing Microsoft's Surface Pro 3 into the enterprise sector. 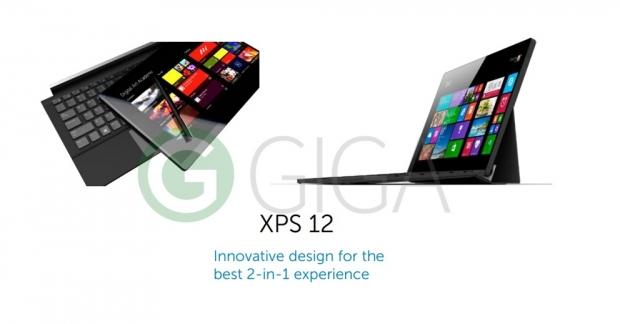 The XPS 12 is very much like the Surface Pro 3 in terms of form and functionality, but Dell's new convertible tablet is has a decidedly beefier 12-inch 3840x2160 4K infinity edge-to-edge touch display that supports Dell's Active Stylus. The XPS 12 sports a 10-hour battery, a Thunderbolt 3 port, a back-facing 8MP camera complemented by a 5MP front-facing camera, and the tablet runs Windows 10.

Dell's 4K tablet also comes with a magnetic keyboard dock that features illuminated keys for extra accenting and precision typing. The leaks haven't revealed any further specifications on the XPS 12 like processing power, RAM or memory.

The slide does list a targeted release window for October 2015, and whether or not Dell's convertible tablet will be seen as a serious opponent to the Surface Pro 3 depends on many factors including pricing and specs. The XPS 12's 4K screen is an appealing addition, and it will be interesting to see if the company can match or even beat the $799 price tag of the Surface Pro 3 and Apple's new iPad Pro. 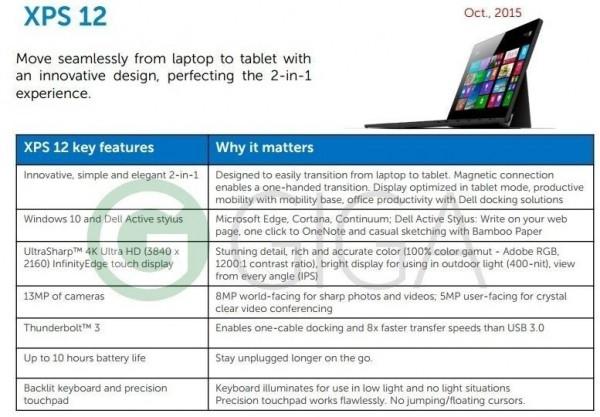