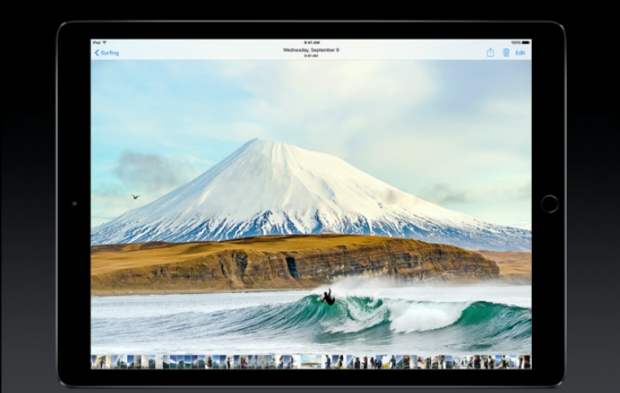 Today Apple unveiled their new performance-driven iPad tablet, the iPad Pro. The tablet is powered by the new 3rd generation A9X processor chip that's 1.8x faster than A8X CPU, and iOS 9 brings multi-tasking capabilities to the tablet. Many of the apps on the device are run in full 60 frames-per-second. No performance specs like processor speeds were revealed but the company maintains that the tablet seamlessly blends performance and entertainment.

The iPad Pro's 12.9-inch retina display is the biggest Apple has ever made--half of its width is as tall as the iPad Air's height--and is meant to be used with two hands. The display has a resolution of with a variable refresh rate with 5.6 million more pixels than the MacBook Pro display. For the iPad Pro's audio, Apple takes a hint from ASUS's new Predator tablet and adds a quad-speaker 4 speaker audio system, which balances if you flip up upright or the side. 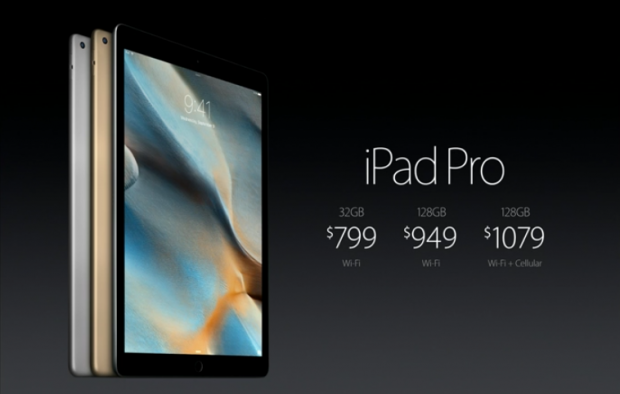