The v1.05 patch for Rocket League will arrive in "two weeks or less" bringing with it the start of the first season, not only that, but Rocket Leaguers will be able to filter out PS4 players in matchmatching on PC, and to search for new ranked matches at the endgame screen. 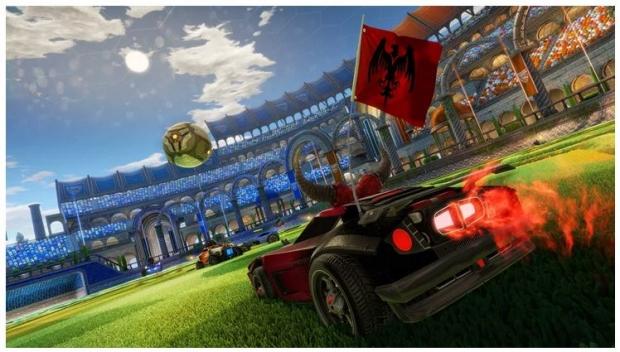 The new patch will also do the usual bug fixes that saw PC players to not have a name, fix chat issues, and improve corruption protection for saved games. The update will also have Middle Eastern servers that "will still come at some point" according to developer Psyonix. The developer will also be adding in a music player interface in the near future.

If you didn't already know about, is a vehicle-driven, off-the-wall soccer game where players attempt to score goals in hotted up cars and trucks.