During an interview with METRO's GameCentral, Marty Stratton, the Executive Producer of DOOM, gave out some details of the upcoming first-person shooter.

Strattong said that the studio will not be following in the footsteps of Doom 3, where he said: "We use this phrase all the time: 'Don't take ourselves too seriously!' I worked on Doom 3, I love Doom 3, but it took itself pretty seriously. Doom I and Doom II are a bit more outlandish, they're very comic book, they're very juvenile almost in their approach. That's definitely our inspiration for how we've gone with this one".

When it comes to the environments, DOOM will feature much more varied locations than we saw in Doom 3. Stratton continued: "Yeah, I think visually, because that was a pretty heavily industrial area, it kind of felt that way. There's a visual similarity to Doom 3 there. At that point in the game you are in a UAC facility, which basically all of Doom 3 took place on. But the game is very varied in its locations, and very much unlike Doom 3 that very first area - you put on your helmet, you go through that door, we chose a path where you jump over and get on that landing and go across...".

Stratton finished off his interview with: "Like you said, you see some of the horror elements because the whole area has been just decimated by demons. So you're definitely going to get those moments of gore and blood. But you can go anywhere in that area, you could jump down onto those catwalks, you could go up... so it is very Doom I/Doom II-esque in terms of that non-linearity within areas. Trying to figure out, 'How do I get to that next area?' Well, there's a bunch of different places I can go". 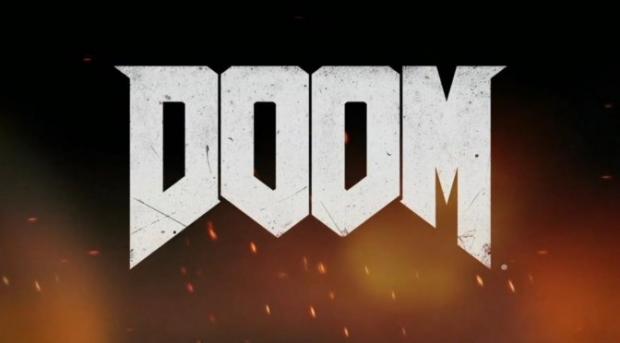