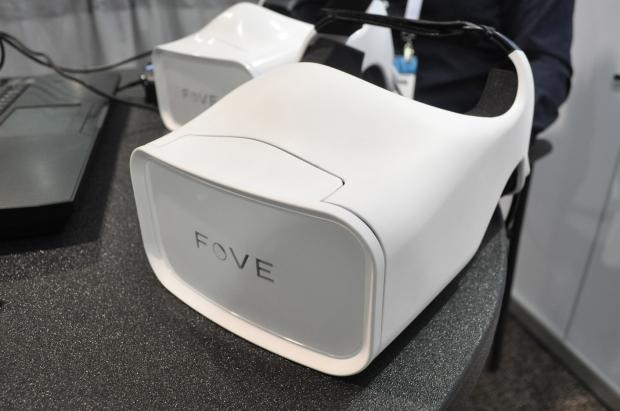 As the company develops its hardware, Fove hopes the ability to use eye-tracking won't be just for video games - but in the medical world. For example, designers were able to collect data related to eye contact and eve avoidance among people suffering from Asperger's Syndrome. But let's not forget how eye-tracking can be utilized for gamers:

"From an immersion point of view, if you deal with VR characters that are completely unaware of your gaze, it creates an unnatural, even unnerving experience," said Lochlainn Wilson, co-founder of Fove, in a statement published by the MIT Technology Review. "We can bridge that uncanny barrier."

It seems people are interested in Fove, as the company reached its $250,000 Kickstarter goal in less than three days. The initial consumer version will likely cost around $500, however, it's possible Fove could be used to help guide future VR headsets - and may not rack up huge consumer unit sales.